Since the dawn of time, eating together has been a core, primal tradition. A social glue where knowledge is exchanged and stories are told. Relationship building and information exchange continues today during dinners and lunches.

Pre-2016, Google, Dropbox and Cirque du Soleil were already well known for their free buffets with fresh juice bars and organic gourmet meals. They were hoping to bring people together. People from separate teams and departements to collaborate, brainstorm and bond.

They removed round tables, that have a tendency to create cliques, and implemented large, long ones after realising that the most productive workers were eating in groups of around 12 people.

In 2014, after noticing an increase in team dynamics Laszlo Bock, the Senior VP of People Operations, published Work Rules!: Insights from Inside Google That Will Transform How You Live and Lead. He explained how he used cafes, and microkitchens as a method of choice for filling the structural holes in Google’s overall network. He strategically placed food sources between separate work teams in order to draw different specialists together and encourage creative conversations. 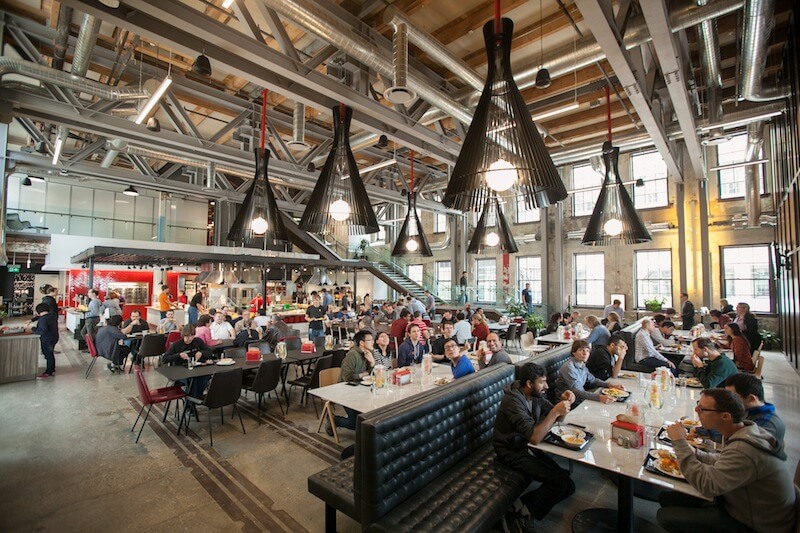 Bock got interested by the social capital theory and late works of the Chicago based social psychologist Ronald Burt, who showed that innovative ideas tend to occur inside of the “structural holes” of a network.

Burt demonstrated that social capital, is a form of asset. However, rather than possessing a physical capital that can be employed to make a profit, companies with social capital possess close interconnected relationships that increase productivity.

As connectedness, awerness and trust between individuals grow, the social ties binding the group together become stronger, which in turn, creates smoothly-connected, well-functioning communities.

Bock’s book wasn’t an immediate bestseller but few months later, in December 2015, Harvard Business Review featured a Cornell University study about firefighters that suggested that eating meals together is associated with greater productivity and team dynamics.

And that’s when the idea penetrated the mainstream corporate world. 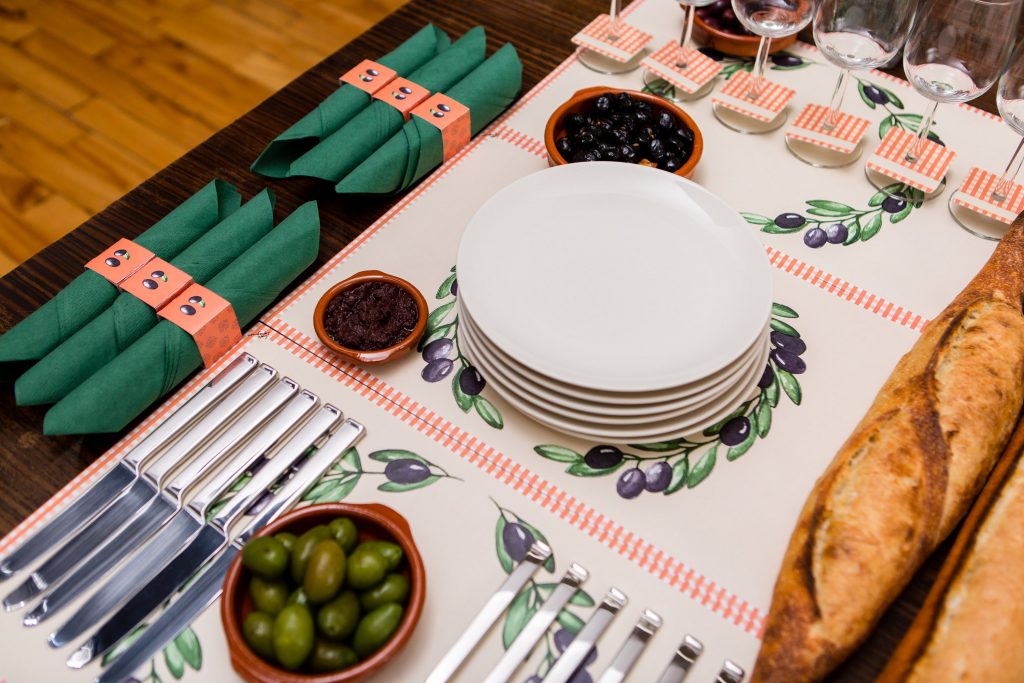 Nevertheless a simple office lunch is often enough in it self. Today we know that in addition to equalising the level field, improving productivity and the company culture meals with co-workers establish office friendships and score a chance to do some casual, low-level networking. That’s why Mirella Di Blasio, a Montreal based event expert and veteran created Lulu in a Box. A start-up that offers a simple way to add a theme to any Montreal office lunch event.

Mirella’s idea was to use her talented graphic designers and event aficionados to help people add a magical touch to their events. From Italian themed La Dolce Vita to A Taste of Asia, Mirella and her creative team came up with a series of elegant and crafty tableware packages made of recycled and recyclable high quality coated paper. Patterned collections include place mats, name cards, wine glass markers and napkin rings. All shipped by mail from Mile-End in Montreal.

About the Author: 514blog