“So you’re a vegan, huh? Where do you get your protein?” The one question vegans get tired of hearing, having heard it over and over from concerned family and friends. On average, it’s fair to assume that nutrition is rarely a subject of conversation that comes up amongst coworkers. Now, since you’ve decided to give the vegan diet a try, all of a sudden everyone’s become an expert on the subject and decides they should give you their advice on what constitutes a healthy and balanced diet.

Exaggerations aside, this was not too far off from my personal experience when I decided to make the switch in my late teens.

Having been raised by first generation Italian parents, my father’s first reaction to my decision to kick the meat was that I must be gay. Despite me having a girlfriend at the time whom by the way, planted the seed in my head to go meatless, my father was stuck in his rigid view of meat being the food of choice for manly men.

Basically, I was raised to believe that meat makes you macho and that without it you would just lose all of your muscles, shrivel up and eventually die of malnutrition. My choice to eliminate flesh from my diet was based on ethics so I figured that I should arm myself with the knowledge to keep the lifestyle going long-term and keep my health intact in the process. After reading several books on the subject I soon realized that not only could plant based diets be sustainable from a health standpoint but that they were often superior in terms of reducing the risk of various diseases associated with the Western diet heavily laden with animal protein. Over the past few years, veganism has exploded in popularity undeniably due to social media and the internet in general. 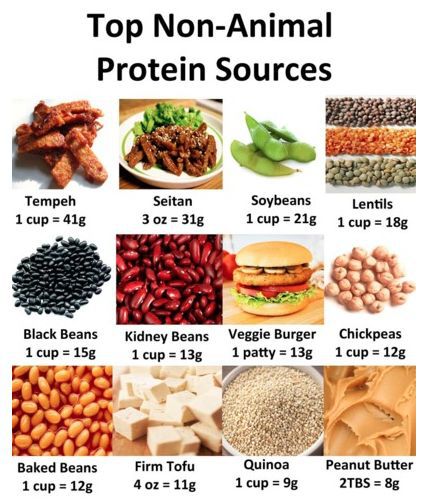 We’ve also seen a significant rise in the number of professional athletes that have embraced a vegan lifestyle.

Many in the field of sports argue that a whole food, plant based diet can increase athletic performance and drastically reduce recovery time. Due to the fact that plant foods cause less inflammation within the body, the body has more time to recover between workouts which can give athletes a definite edge in terms of their overall level of fitness.

Also, there’s the added benefit of including more antioxidant rich foods in one’s diet which can give one the added advantage of reducing oxidative stress that occurs through exercise. The studies show that for high endurance athletes, from a nutrition standpoint a vegan diet based on whole, unprocessed plants is the ideal diet for fueling and recovering from rigorous training.

In fact, a documentary directed by none other than James Cameron himself is set to be released near the end of 2018 and showcases such evidence to the public in a concise and compelling manner. The Game Changers, which played to an overwhelmingly positive reception at the Sundance Film Festival, follows several experts in the field of health and nutrition as well as many plant fueled sports figures and personalities, including record breaking athletes and even seven time Mr Olympia Arnold Schwarzenegger who has recently espoused the benefits of going plant based. The documentary aims at smashing the stereotype that people need meat and animal protein to be strong and healthy. One prominent figure featured in the film who is doing just that is a man by the name of Patrik Baboumian, a German strongman who has broken several world records in powerlifting and has earned the title of the “Strongest Man in Germany”. He can definitely attest to the power of an animal-free diet as he says that most of his progress as an athlete was made after he ditched dairy products. He had already been a vegetarian since 2006 but five years later decided to go all the way out of his compassion for animals and remove all animal products from his diet. Baboumian, who was at one point a self proclaimed “dairy addict” consuming upwards of ten liters of milk a day, recalled the vast improvements in his health when he eliminated milk products from his diet altogether. “I got heavier, I got stronger, I won the European championship title in powerlifting, I broke three world records so everything was going perfect … my blood pressure went down, and my recovery time was so much faster so I could train more”, recalled the Iranian-born former bodybuilder turned record breaking powerlifter. If that weren’t convincing enough for the even the most hardcore barbeque enthusiast to opt for veggie burgers on the grill this summer, many NFL players have decided to kick the meat habit as well in order to increase their performance on the field.

As the Boston Globe reports, a big influence regarding how football players in the NFL are now consciously choosing to fuel their bodies is due in large part to Tom Brady, quarterback for the New England Patriots who is widely considered to be one the best quarterbacks of all time. Although not fully vegan, he adheres to what he says is a “mostly-vegan” diet with an emphasis on alkaline foods such as dark leafy greens and healthy fats from avocados and olive oil.

As a result of Brady’s large scope of influence, many have turned to plant based diets to help them perform better and recover from injuries faster.

Another such player making headlines because of his unorthodox plant based diet as an elite athlete is David Carter, a 300 pound defensive lineman in the NFL. He decided to make the change because of crippling arthritis in his joints which he just attributed to being part of his job as a professional defensive lineman. After watching a documentary on veganism, he learned that cutting out dairy products from one’s diet reduces inflammation and often can heal arthritis in a short amount of time. He’s actually improved his athletic performance on the field as a result of his diet change and says that given his size and strength, many people can’t actually believe that he lives off of plants alone. Carter adds, “People ask me if I want to get a steak and I tell them I actually don’t eat that, or any meat or dairy. They’re usually thinking, ‘Wait, you’re supposed to be small and weak.’ But of course they can’t say that when they’re looking at me”.

According to the American Dietetic Association, well planned vegan diets are healthy and suitable for all stages of life including childhood and pregnancy. However athletes, especially professional ones, require a more specific approach to their diet and nutrition. As far as protein is concerned, vegan diets provide adequate amounts without all of the harmful saturated fats and cholesterol. Protein is of course comprised of amino acids, therefore provided that one is eating a varied enough diet based on whole foods in the proper caloric amounts then there shouldn’t be any problem achieving proper nourishment. A quick search online will give you several diet plans of top tier vegan athletes and it is also worth noting that it is surprisingly carbohydrates rather than protein which is given ample priority. It should be pointed out however that there are some nutrients that need to be monitored closely when eating a fully vegan diet, namely B12 which is an essential nutrient and while found abundantly in animal foods is usually missing in plant foods. The only plant based sources are ones such as nutritional yeast and certain kinds of algae. A supplement based on cyanocobalamin will usually suffice in order to stave off low levels. While iron is found largely in leafy greens, it is non-heme iron of the plant variety which is less easy for the body to absorb, therefore including rich sources of vitamin C where plant based iron sources are being eaten is ideal as it increases the absorption rate of the non-heme iron significantly. Finally, there is the issue of K2 deficiency as this is a vitamin that is difficult to get from plants. The best plant source as vegan fitness trainer and entrepreneur Olis Chan points out is fermented natto, an asian staple made of soybeans.

Iconic names in the world of sports such as legendary footballer Lionel Messi, tennis superstar Serena Williams and even dominating fighters in the UFC such as Nate Diaz are all perfect examples of how not only is it possible to be a successful athlete following a vegan diet, one can thrive and make it to the top of their field fueled by plants while reducing recovery time, increasing stamina and keeping generally healthier than their competitors. It’s time for us as a society to stop viewing compassion as a sign of weakness but rather as a display of one’s own strength. I can tell you for a fact that since I’ve went vegan years ago I’ve definitely noticed an improvement in my health and when I started training a few years ago I started seeing results fairly quickly. Although I don’t believe in proselytizing, I understand why the stereotype of the preachy vegan exists.

You mean to tell me we can stop killing animals, clean up the environment AND be healthier in the process while getting to eat all kinds of delicious food? It seems that when presented with the information going vegan is a fairly logical choice, one that the world seems to be waking up to slowly but surely. To quote the animal rights community, “Go vegan and nobody gets hurt”.

About the Author: Mike Meo

Mike Meo is a blogger and comedian who shares his experiences in veganism, healthy eating and fitness and inspires a healthy lifestyle in others.