Paname is a small, lively, noisy, intimate, and delightful place. Mosaic flooring is surrounded by high walls, with white subway tile, and is covered with rectangular art prints. Each small dish oscillate between French classics and modern cuisine. The chef, Raphaël Leclerc-Gileau, formerly of Bouillon Bilk, perfectly combines marinated leeks or beef tartare with an innovative and avant-garde style of cooking. 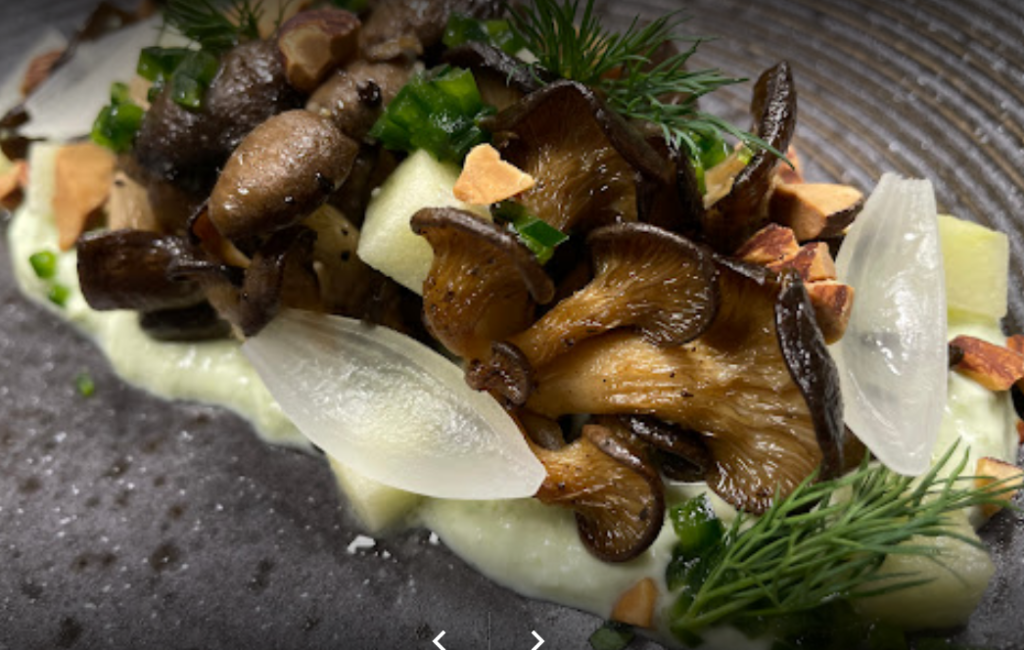 We had a seat at the marble bar and tried a bunch of small plates. All of the tapas-style dishes were bursting with flavours. We had the miso-butter with shiitake pasta, and the vegetable cream soup with bacon bits and salmon eggs. Overall, each meal was a delight. Cocktails were great as well. Definitely order the passionfruit dessert.

One last slightly unrelated point is that Paname is located only a few steps away from another, recently opened, French spot called Verdun Beach. I have been going to Verdun beach regularly, and I love everything about it, besides its completely incomprehensible choice of a name ¯\_(ツ)_/¯. This bistroisation of Wellington makes me wonder if the French are starting to migrate to Verdun after they overpopulated and pretty much ruined the Plateau by driving the price of real estate to such levels they can’t afford it themselves. Neo-frenchization is probably starting in a another and soon to be unaffordable neighborhood. 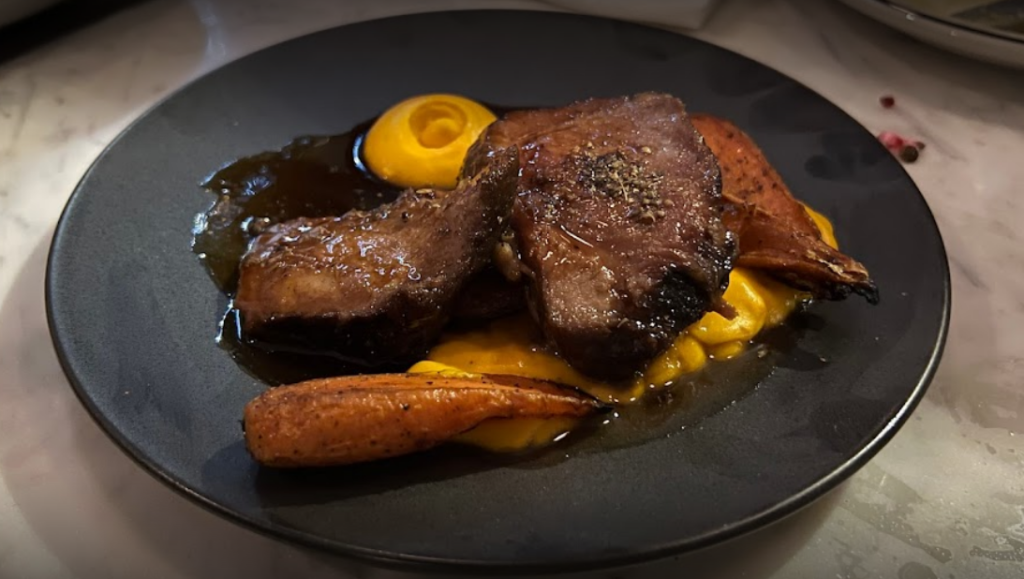 Now, about the pizzerias. What is really happening here is that Wellington is entering a new phase of developpment where cheap businesses without much concern for the art and the craft are moving in and are profiting from that organic and authentic growth that we’ve seen in Verdun over the last 5-7 years.

If you’d like to see a great example of faux hypster cool take a look at the new Slice + Soda. It’s a great example of how few guys found a cheap, easly exploitable market niche and are beating it to the bone. It’s offering a colorfoul movie-influenced interior but that’s it. The pizzas are not made with love. Ordinary, dry and with very few ingredients, slices had so little taste that I was momentarily concerned I had Covid. 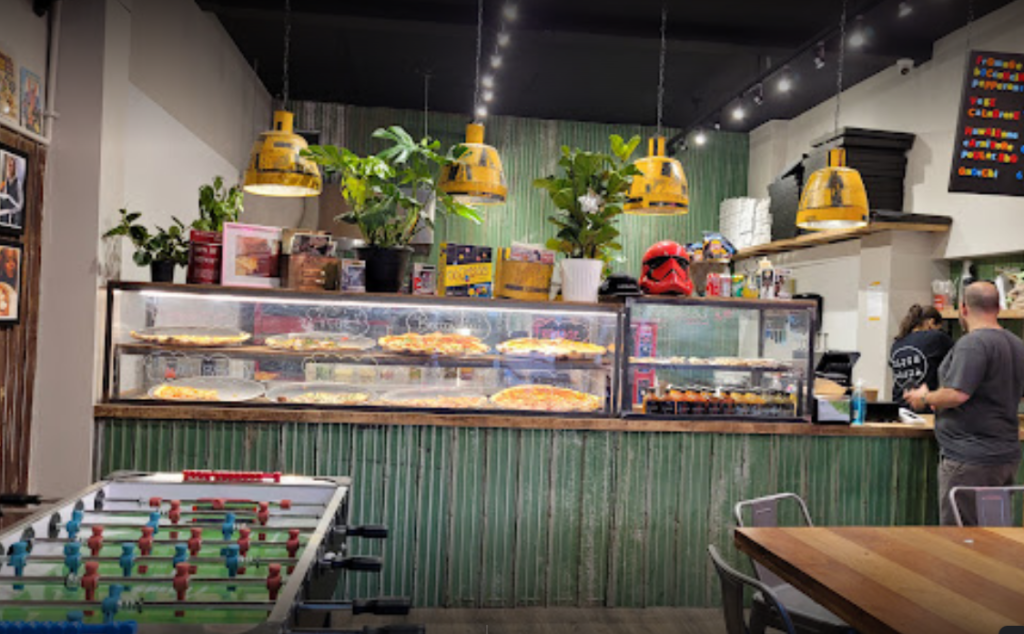 Pizzéria NO.900 that has also opened few blocks away on Wellington, felt cheap – nothing like Rita. I walked out with a feeling of an ordinary franchise that underpays students who were hired yesterday, so that’s that. 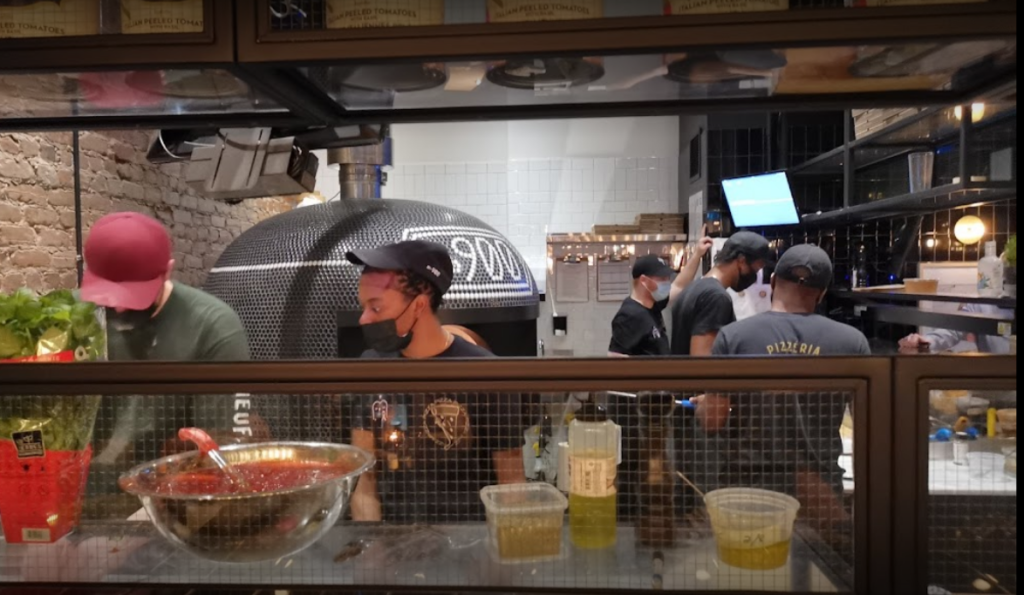