High-Five: How 1940s Hipsters took it from African-Americans and brought it to mainstream

High-Five entered the Oxford English Dictionary only in 1980. The first two televised occurrences are Dusty Baker and Glenn Burke of the Los Angeles Dodgers professional baseball team on October 2, 1977, and Wiley Brown and Derek Smith of the Louisville Cardinals men’s college basketball team during the 1978–1979 season

Even though we will probably never know the true origin of the high-five, historians agree that the famous gesture is a upright version of the low five.

The low five has been part of the African-American culture since at least the 1920s.

In the 1927 film The Jazz Singer, actor Al Jolson is seen performing the low five in celebration of a Broadway audition.

High-Five originated in African-American urban neighbourhoods in 1930s or before as a greeting and it was passed to the white Hipster subculture in 1940s.

Hipsters of 1940s, from which the contemporary Hipster subculture drew its name, were aficionados of classy clothing, cannabis, relaxed attitude and especially jazz.

Hipsters were more interested in bebop and “hot” jazz than they were in swing, which by the late 1940s was becoming old-fashioned. 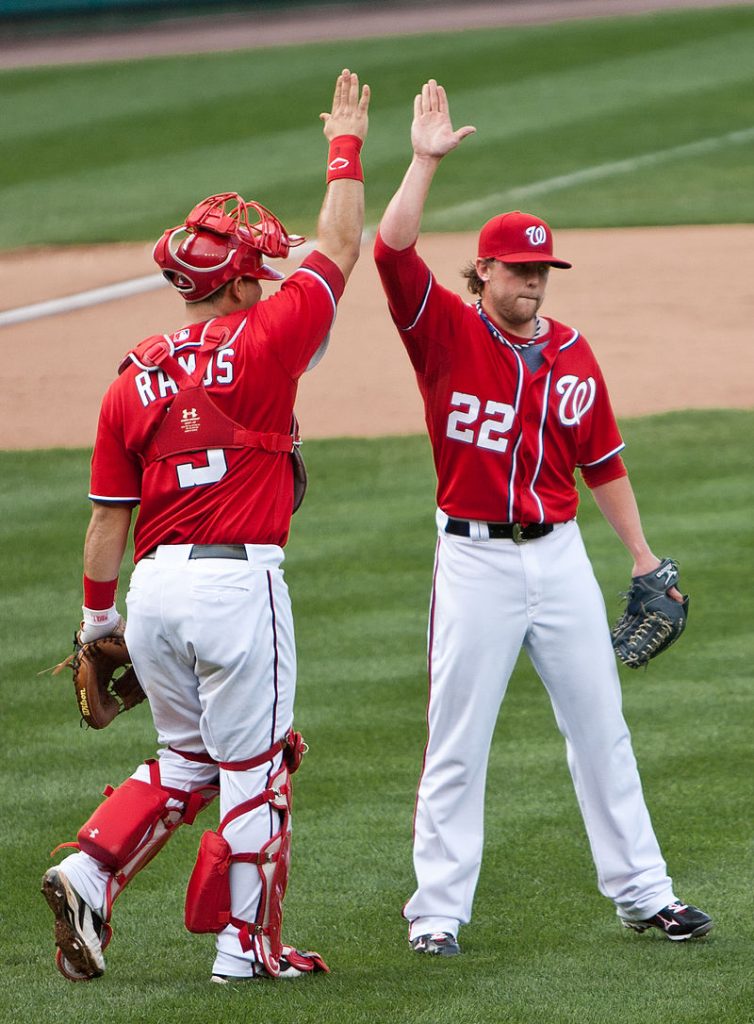 In the 1940s, Hipsters were essentially young white white students that began to frequent African-American music and dance communities. They diverged from the mainstream white culture due to their love of music, new philosophies of racial diversity, exploratory sexual nature and marijuana habits. The term hip emerged as an adjective to describe the aficionados of the growing Jazz music scenes. Although the exact origins are disputed, some say it was a derivative of “hop”, a slang term for opium, while others believe it comes from the West African word hipi, meaning “to open one’s eyes”.

In 1950s Hipster subculture crossed over to mainstream culture via Hollywood carrying the high-five with them as seen in the 1941 Abbott and Costello film In the Navy where the Andrews Sisters perform “Gimme Some Skin, My Friend” and choreograph giving (low) fives

High-Five can be seen in the 1960 French Nouvelle vague movie Breathless.

In 2014 a Missouri lawmaker wanted to make the high-five the official state greeting.

Even though watching the incoming hand is most people’s instinct, the right technique says that one should aim for the elbow, not the hand.