Did Woke Culture Give Birth to the Joker Film?

In early October, Joker hit theaters to both critic and audience acclaim, smashing box office expectations worldwide, and even earning itself a few Oscar nods despite it’s dark (and often uncomfortable) exploration of violence and madness.

But, in the wake of the controversies ignited by the film regarding copycat violence, yet another debate has emerged. This one surrounding comments made by Joker’s director, Todd Phillips (The Hangover trilogy, Old School, War Dogs).

In a recent Vanity Fair interview, Phillips was questioned about his departure from comedic filmmaking in favour of more serious projects like Joker. To this, he replied:

Go try to be funny nowadays with this woke culture. There were articles written about why comedies don’t work anymore — I’ll tell you why, because all the fucking funny guys are like, ‘Fuck this shit, because I don’t want to offend you.’

Phillips further clarified his journey into dramatic cinema by adding:

It’s hard to argue with 30 million people on Twitter. You just can’t do it, right? So you just go, ‘I’m out.’ I’m out, and you know what? With all my comedies — I think that what comedies, in general, all have in common — is they’re irreverent. So I go, ‘How do I do something irreverent, but fuck comedy? Oh I know, let’s take the comic book movie universe and turn it on its head with this.’ And so that’s really where that came from.

The Opposition Weighs In

On the heels of these comments Marc Maron, who flexed his acting chops in a supporting role in Joker, was first to give his two cents. On his WTF podcast, Maron said:

If you like to ride a line, you can still ride a line. If you want to take chances, you can still take chances. Really, the only thing that’s off the table, culturally, at this juncture—and not even entirely—is shamelessly punching down for the sheer joy of hurting people. For the sheer excitement and laughter that some people get from causing people pain, from making people uncomfortable, from making people feel excluded.

Maron, a prolific stand-up comic with a career spanning three decades, went on to say:

No one’s telling you that you can’t say things or do things. It’s just that it’s going to be received a certain way by certain people, and you’re going to have to shoulder that. And if you’re isolated, or marginalized or pushed into a corner because of your point of view or what you have to say, yet you still have a crew of people that enjoy it, there you go. Those are your people.

The debate set in motion by Phillips v. Maron has become a call-to-arms for other celebrities to weigh in. Comedian Nick Kroll (The League, Brooklyn Nine-Nine, Parks & Rec.) sided with Maron’s camp when he stated in a recent interview, “I think you can still make big crazy hard jokes of all sorts. And I think you have to be maybe more thoughtful in how you make them and who the targets of those jokes are.”

Director Taika Watiti (What We Do in the Shadows, Hunt for the Wilderpeople, Thor: Ragnarok) re-tweeted Phillips’ Vanity Fair interview, captioning the post simply, “LOL he funny.” The tweet comes in the wake of Watiti’s latest work, Jojo Rabbit, which premiered early last month at the Toronto International Film Festival.

The film is described as a coming-of-age satire with a heart. It follows a German boy who wrestles with an existential conflict after discovering a Jewish girl in his attic. Once a devout Nazi Youth, the boy is now forced to question his beliefs, assisted only by his imaginary friend—Adolf Hitler. That’s right. Hitler. A clumsy, pep-talking, lovable Hitler, played by Watiti himself. The film won the coveted People’s Choice Award at TIFF.

Clearly, Watiti knows a thing or two about doing irreverence the right way.

Meanwhile, L.A. stand-up comedian Nicky Paris had this to say in defense of Phillips’ comments:

You can’t even say hello to somebody without them getting offended. Even just saying ‘why did the chicken cross the road’ somebody will say ‘I identify with a chicken.’ If you have your health lighten up. There are people who are suffering. If you have the luxury of going to a comedy show and seeing a comedian want to make you laugh…you shouldn’t be looking to cancel their careers. Like you’re going to cancel a comedian who drives a 1995 Honda and lives in a studio apartment? Write Congress, write officials, write people who actually have the power to make this world a better place. 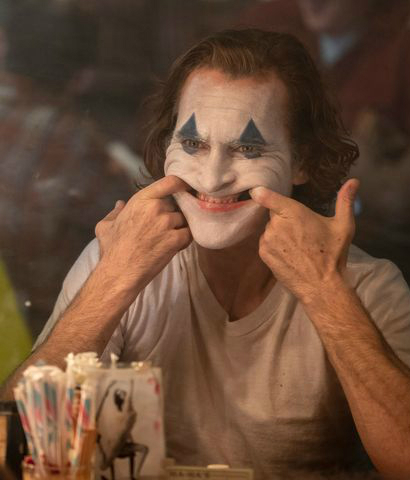 Paris, who himself is no stranger to life’s grittier side, went on to talk about the catharsis that comes from irreverence, stating:

I have a brother with special needs and I’ve watched somebody struggle their entire life to just do every day things that anybody else would be able to do. He loves when I make fun of him. I have so many jokes about him and in a lot of ways, it’s healing. I’m a firm believer that if you can talk about something and make a joke about it you can get through it. It makes you stronger than whatever you’re going through.

By Paris’ estimation, comedy is not just an acceptable way to deal with the shittier shades of existence—it’s necessary. In fact, laughter itself may be the best lubricant to open a discussion between opposing sides. It’s certainly easier to keep an open mind when we don’t take ourselves so seriously.

So has the tide of ‘woke culture’ really cleared the comedic table of anything that risks being offensive? Or is Phillips simply overreacting to a mild and well-intentioned cultural phenomenon? Well, the first question to ask is: what exactly is woke culture? 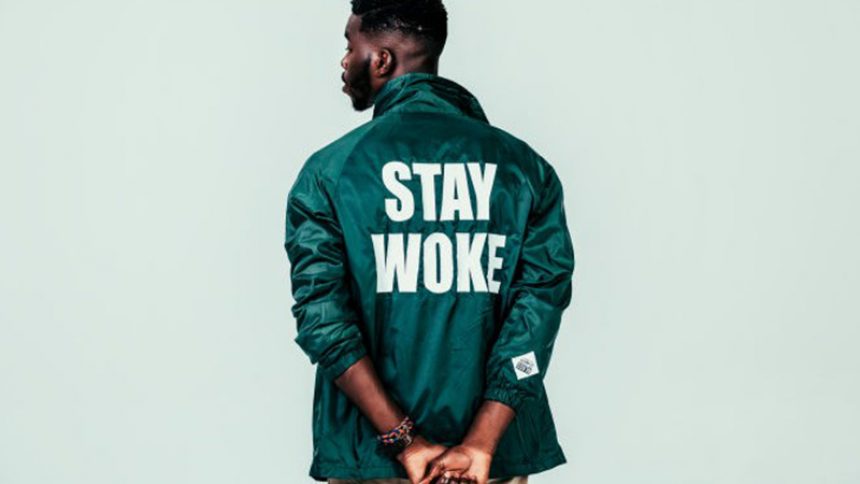 The earliest recorded instance of the term comes from a song by American blues artist, Lead Belly. On his 1938 track, Scottsboro Boys, Lead Belly describes a series of true and horrific events that occurred beginning in 1931. Nine African-American boys, between 13 and 20 years old, were falsely accused or raping two white women while riding a train from Chattanooga to Memphis, Tenneessee.

The trial was held in Scottsboro, Alabama, where the case was immediately marked by anti-black sentiments: A lynch mob was organized even before the boys had been indicted and an all-white jury was selected for the hearings. Three trials were held and each was rushed; the jury readily found eight of the nine boys guity of raping the two woman, and sentenced them to death.

After a series of interventions from all manner of organizations (ranging from the Communist Party and the NAACP, to the United States Supreme Court), the case was appealed—to varying degrees of success. Even today, nearly a century later, the case still stands as a particularly glaring miscarriage of justice in the U.S. legal system. At the end of the eponymous track, Lead Belly warns listeners, “I advise everybody to be a little careful when they go along through there, stay woke, keep their eyes open.”

The term re-emerged in black activist circles in 1962 following an article penned by William Melvin Kelley for the New York Times entitled, ‘If You’re Woke You Dig It.’ In 2010, it was adopted into mainstream speak through memes (yes, memes), before ultimately being politically repurposed by Black Lives Matter in 2014. Today, Merriam-Webster’s Dictionary defines it as, “aware of and actively attentive to important facts and issues (especially issues of racial and social justice).”

At its most fundamental, then, the term is a credo to stay vigilant of the injustices happening all around you, though not necessarily to you; to be aware that not everyone’s life comes prepackaged with the same privileges as your own; to try and level the playing field for everyone.

Beyond the stilted and divisive political framework it now inhabits, wokeness is a call for empathy. But not just any empathy, wokeness beckons for a very particular form of it. An empathy that is both cognitive and action-oriented, with unerring focus on the underdog’s plight. Is that something the world could use more of? Yes. Does that come with its own set of problems? Equally yes. 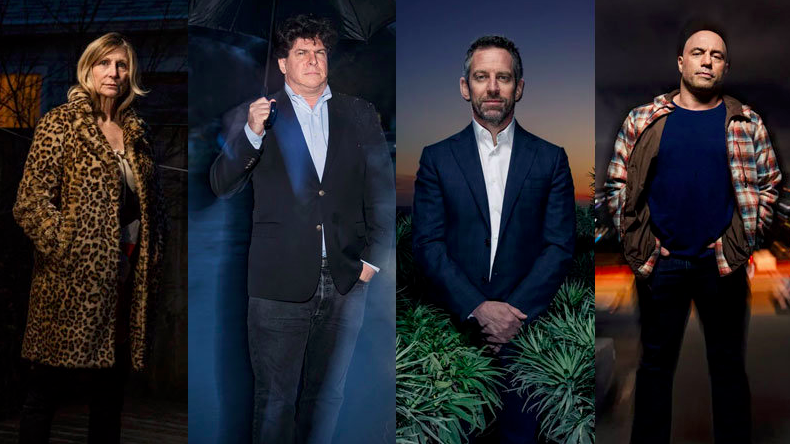 If you’ve driven a car before, you know what it’s like: That split second of inattention and you start to drift into oncoming traffic… What did you do? Well, if you’re reading this now, you took notice before anything fatal happened, swore a few times, and reflexively jerked the wheel back. In fact, you likely jerked the wheel a bit too hard, overshooting your lane and almost swerving into the guardrail. It’s called an over-corrective movement and requires a series of smaller movements back and forth to steady the vehicle.

Culturally, we’re witnessing a similar phenomenon. Unquestioned powers are now being challenged, and mostly for the good. But, in the process of course correcting our mores and norms, it’s only natural we’ve gone a bit too far.

As philosopher, neuroscientist, and podcaster Sam Harris has frequently pointed out: forgiveness is nearly impossible in our call-out culture (think: Aziz Ansari, Kevin Hart and Louis C.K). Maybe a little less wokeness and a little more empathy if we’re going to steer clear of the guardrail.

Where Phillips and Paris get it right is in calling out the more radical purveyors of the wokeness movement, many of whom seem more bent on being outraged than on opening a productive dialogue. As is usually the case, the most opinionated voices tend to be the loudest, and the social media ecosystem has given these advocates a platform with unchecked (and often undeserved) reach. The result is an over-representation of certain ideologies not reflected in the general population.

Why? Because moderates prefer to bite their tongue than challenge the zealous, with whom it’s clear no compromise can be made. For better or for worse, that is simply the price of democratizing thought. Maybe a little less wokeness and a little more empathy is in order if we’re going to steer clear of the guardrail.

Individuals Are Smart, People Are Stupid

But the opposition is also correct. You really can still say irreverent things, so long as you’ve got the nerve for it and can execute it tastefully. As Maron points out, “If you’re too intimidated to try to do comedy that is deep or provocative, or even a little controversial, without hurting people, then you’re not good at what you do. Or maybe you’re just insensitive.”

And look around! We still have our Joe Rogans. We still have our Dave Chapelles. And we still have our Bill Burrs, who himself recently took aim at the #metoo movement, feminism, and Michelle Obama in his recent Netflix special, Paper Tiger. If that’s not irreverent, I don’t know what is.

But Burr gets away with it despite his crude delivery because he still manages to make himself the butt of the joke. The same formula applies to South Park and Family Guy. The trick isn’t not to ‘punch down.’ It’s to punch everybody. Hard. Isn’t that real equality?

I think Tommy Lee Jones’ character in Men in Black said it best: Individuals are smart, people are stupid. And while we still have a long road ahead of us, it doesn’t hurt to laugh along the way. In fact, it might even help.

About the Author: Chafic LaRochelle