Skin Colour: Product Of Our Historical Relationship With The Sun

It is doubtful that a species prone to making value judgments based on skin colour could reasonably recommend itself to other forms of intelligent life that will surely one day drop in (and then quickly out) of our nano-neck of the woods in the incalculably infinite universe. Apparently unable or unwilling to reject the flawed criteria that privileges one race or religion over another, Homo sapiens betrays a lack of fitness that should be — at a minimum — worrisome. 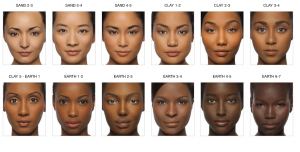 Since one always chooses to make skin colour the basis of inclusion or exclusion, at the workplace, in schools, in the broad spectrum of everyday social interaction, why do so many, especially in their private thoughts, enthusiastically embrace the colour divide when demonstratively “achievement knows no colour?”

Could it be that despite spectacular advances in the pure and behavioural sciences, what is elemental in skin colour has not yet been persuasively revealed? And what does this tell of a nation’s identity, the manner in which it is perceived by the rest of the world?”

To reach the truth of anything, philosophy (phenomenology) encourages us to take away everything from whatever it is we are examining until what remains is the unadulterated object or entity in its truth. From a book I can remove its cover, its title and author page, and even all of its print, but I cannot remove its pages or binding if it to remain a book. The list would be book-long of the things we could remove from a virtuous human being – skin colour being one of them – without compromising his virtue.

Reduced to its existential absolutes, skin colour is simply a declaration, or statement that describes or tells of one’s historical relationship with the sun: working under it, deprived of it, hiding from it, seeking it out.

Whether beneath a wintry Nordic sky or burning Namibian sun, there was a time when there was only one skin colour. The tribe or community would not have recognized or defined itself through colour. The notion of superiority or exclusion based on colour, even in the abstract, could not be spoken of much less acted upon.

If we go along with the anthropological consensus that Homo sapiens took his first steps in Africa, that the first humans, by virtue of their particular relationship with the sun, were black, for the concept of race based on colour to exist, there would have had to be a minimum of one other colour.

So how did black skin evolve into white skin? Anthropology hypothesizes that out of curiosity, wanderlust, or necessity in respect to scarcity/adverse climate, the black skinned nomad left Africa and one day found himself in a friendly northern land of plenty where he decided to permanently settle. However favourable were the conditions of life, he quickly discovered that he was constitutionally ill-equipped to deal with the brutal winters that characterize the temperate zone.

To prevent frostbite and hypothermia, which can be fatal, he had to learn how to construct cold and wind proof shelters and to protect his body with the skin and furs from the animals he hunted. For months at a time, due to extreme cold, only his face — the main source of Vitamin D — was exposed to the sun. Disadvantaged by an acute Vitamin D deficiency during the shortest days of the year, he would have suffered difficulty in thinking clearly, bone pain and frequent bone fractures, and muscle weakness resulting in deformity and severe fatigue. Less than the essential minimum requirement of Vitamin D, he would not have been able to survive the long winter.

Since every colour includes subtle gradations of itself, some of the Africans would have been of a lighter black than others, and consequently able to absorb more Vitamin D which would have permitted some of them to survive and multiply.

White skin absorbs Vitamin D six times more efficiently than black skin. Over time, natural selection would have selected those blacks with lighter skin until perhaps tens of thousands of years hence, their skin would be white. But we note that it is always the same person, except that his historical relationship with the sun has changed. 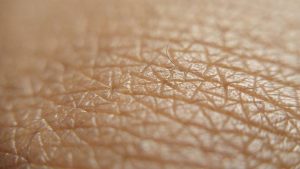 If we conjecture the reverse paradigm and the first humans were white and migrated to Africa, the darker skinned whites would have been favoured by natural selection because melanin, which acts as a natural sunscreen to protect against the sun’s harmful UV rays, would advantage them over their whiter skinned brethren in tropical and equatorial climates. But once again, it is the same person whose skin is now black because his historical relationship with the sun has changed.

Colour preference would have been strictly based on practical necessity. In a northern clime, given the choice, a woman of child bearing age would seek out a lighter skinned sexual partner to better optimize her chances of survival for both herself and her offspring. In Africa, this same woman, for the same reasons would seek out the darker skinned person.

However, at some point in human evolution, colour came to mean more than one’s historical relationship with the sun as especially the developed world began to irrationally (prejudicially) include or exclude others strictly based on skin colour, which begs the question? What prompts a culture or people, en masse, to subscribe to a value system that is demonstrably counter-productive?

It ranks high among the indisputable facts of human endeavour that the great advances in civilization took place in the temperate zone, and were perforce accomplished by people who were white skinned by virtue of their particular relationship with the sun.

Much like a 4-colour palette favours a more developed art than a 1-colour palette, the temperate zone climate – and not the tropics or equatorial zone — appears to favour the development of civilization. The northern mind — having to deal with a more complex and lethal climate — of necessity will be more active and inventive than the equatorial mind that responds in kind to year round friendly temperatures and an abundance of food and natural resources. But we must always bear in mind that if an equatorial dweller were transplanted to a northern clime, in response to the more challenging environment, his dark skin, over time, would evolve into white skin, his mind would become more active and inventive, and he would come to measure and know himself as belonging to the collective mind that supplies the raw materials out of which advanced civilizations are founded. And of course the reverse holds true in respect to the accomplishments that are unique to the tropics and are associated with black skin. In tropical and equatorial countries, depression and loneliness are not nearly as problematic as they are in the temperate zone because local culture and tradition instill a more profound understanding of basic needs needs and what is essential (non-negotiable)  in life: connection and community. However, if a temperate zone dweller were transported to the tropics, over time his white skin would turn black, and he would come to measure himself as belonging to the collective mind that creates and embraces those bedrock community values upon which every humanity depends.

If in the early history of man, the scientific and technological differences between the temperate zone and equatorial dweller were minor, over time, in response to the challenges of the 4-seasons, a rapid succession of discoveries and inventions created what appeared to be two worlds apart, and it became a matter of course and habit that the temperate zone dweller came to regard himself as superior to his equatorial counterpart, a belief that would have been re-enforced by the presence of First World competence and equipment in Third World countries owed to either export or in the case of colonialism, the imposition of an advanced culture on a lesser one. We soberly note that as it concerns moral development, there remains no distinction between developed and undeveloped nations, all of whom have been remiss in providing for their less fortunate.

Since we have already determined that it is always the same person (black or white according to his relationship with the sun) responding to his particular environment, are we not forced to conclude that the spectacular rise of western civilization is a function of location – not skin colour? Surgeons have long argued that are no such separate and distinct entities as black and white people – only white and black skin and their variations.

Blacks who privately wonder why Africa hasn’t kept pace with the West, who harbour civilization related inferiority complexes, are judging themselves in bad faith, the central one being that civilization is the product of a people different than themselves, which it isn’t. Just as whites who subscribe to the conceit that they (their advanced civilization) are superior to people of colour are in bad faith conveniently confusing colour for location.

Which isn’t to say that it is not natural for men to hierarchize themselves from their fellows whenever the opportunity presents itself. Class distinctions are as old as man. But we must distinguish between natural and rational distinctions that serve the common good as opposed to irrational ones that in many instances undermine the best interest of a community or people. Excluding a genius because of his skin colour is self-evidently irrational. But the more skilled trapper, the more capable manager, the more proficient supply chain, are all factually ascertainable, and the hierarchies that derive from them have a firm basis in reality and should be the basis on which we make our positive and negative or inclusionary or exclusionary value judgments.

If we decide that exclusionary value judgments based on skin colour, ethnicity, race, religion, class and sexual orientation are counterproductive as it concerns the cultural and productive life of the species, what exceptional thinking is required to call into question that which is now accepted as normal or inevitable? And what elected discipline (from the arts, sciences and humanities) is best positioned to create and disseminate values which do an underperforming species proud?