Are you ready! Jurassic Park Montreal is taking over Peel & Cresent for Game 6

Young, old, new or die-hard fans will be descending to downtown Montreal as Raptors are one win away from bringing the NBA championship north of the border, for the first time ever.

Last Monday, From Vancouver to Halifax, and in over 15 cities, Jurassic Park gatherings have been cheering for the ‘Canadian team’.

Mayor Valérie Plante announced that #JurassicParkMtl will do it again today on Cresent and Peel Streets. Both will be closed to traffic between René Lévesque and de Maisonneuve and the game will be broadcasted on a giant screen in Dorchester Square Park.

Merchants and bar owners are enthusiastically supporting the initiative.  “It’s an exciting event that’s not to be missed,” said Alain Créton, president of the Peel Street Merchants’ Association, in a statement. 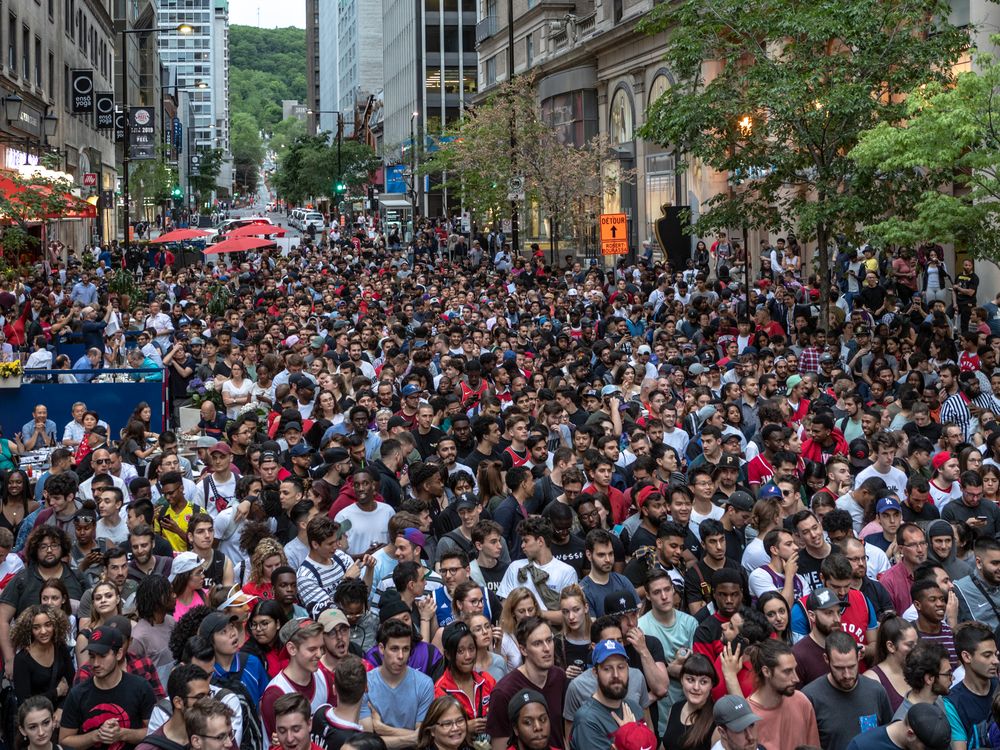