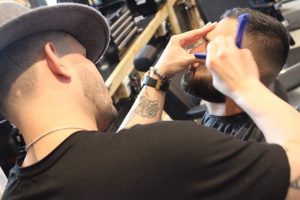 Newly-opened Atelier d’Alfred, located on Saint Laurent/Prince Arthur, in the heart of the club district, is the brainchild of Edwin Gonzalez, without a doubt one of the best barbers in Montreal. For those who haven’t heard about this Puerto Rican powerhouse you definitely should. His team of 6 slick city cats will offer you great conversation, customised cuts, unique shaves and a complimentary coffee, whiskey or scotch! 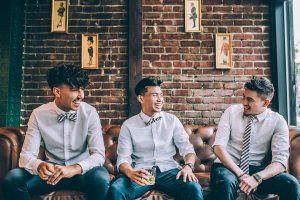 Beardlington is founded by 3 young friends, Rustem Urazmetov, Ivan Daniel Manabo and Helaman Sance Miller. These guys took over Wellington street, Verdun’s main commercial strip, and took advantage of neighbourhood’s recent rise and growing popularity as a lower-priced alternative to Griffintown, Plateau and Mile End. They are the incarnation of the newer, hipper and younger Verdun. And they know what good style, variation and efficiency is for men who need quality haircuts. 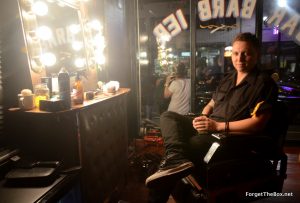 Dan Marin is not your usual barber. He’s one of those people who make Boulevard Saint-Laurent a unique and very special place. Owner of the Blue Dog Barbershop and a former DJ who had the guts to open a barbershop in middle of a bar, he created something idiosyncratic and personal. Many men swear by him and wont go anywhere else. 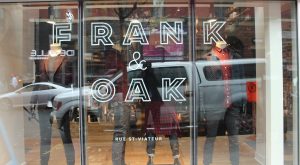 Founded in 2012 by  Ethan Song and Hicham Ratnani, Frank & Oak is a one-stop shop for men. Currently with 3 locations: in Mil-End, downtown and Brossard, Frank & Oak, is a barbershop but also a limited-edition clothing store and a third wave coffee shop that helps men feel, look and dress better. 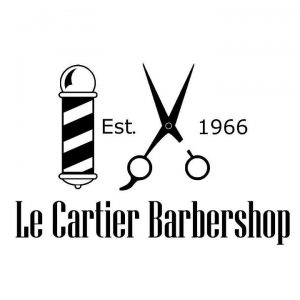 Serving men of Montreal since 1966. Le Cartier Barbershop is one those simple and timeless spots on Sherbrooke street in the middle of downtown (1115 Rue Sherbrooke West). Its located inside Le Cartier building (don’t mistake it with the other women salon at the entrance).

About the Author: 514blog