The legend has proved to be resilient.

The Guggenheim Museum in Bilbao, inaugurated in 1997, has become one the most influential buildings of modern times and has been described as “the world’s largest toy”.

It is a glittering and swirling titanium and limestone construction, built on the riverside of the city centre, that resembles a giant boat, ‬evoking the past industrial life of the port of Bilbao‭. From inside, the structure looks floral. Seemingly random curves are designed to catch the changing light, pulling down impressive luminosity to a giant space.

John Gehry designed walls with intricate curves using CATIA, a 3D software that digitised ‬hand-drawn surfaces in order to construct on-screen models ‬which allowed for complex simulations on how light will flow throughout the rooms. ‬

The museum is not a neutral platform for modern and contemporary art, but a space that overwhelms the visitor, a spectacular image that can circulate through the media and around the world as brand. Some critics however, pointed out that most interior spaces are too vast and that works by Braque and Picasso looked absurd and tiny on giant walls.

Since its opening, the “Miracle in Bilbao” ‬has not only made both its architect Frank Gehry, and the small post-industrial Basque city world-famous, it changed the way architects and people think about museums. 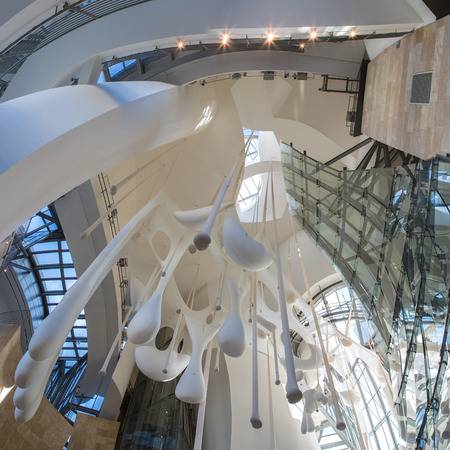 It became a “signal moment in the architectural culture”, because it represents “one of those rare moments when critics, academics, and the general public were all completely united about something.”

Almost immediately after its opening, the museum became a popular tourist attraction, drawing visitors from all over the world. In its first three years, almost 4 million tourists visited the museum, helping to generate about €500 million in economic activity. The regional council estimated that the money visitors spent on lodging, food and shopping allowed it to collect €100 million in taxes, which more than paid for the building cost. The city of Bilbao, appeared to have benefited from an astounding socio-economic boost and the legend was born: the Bilbao Effect

However, 20 years later the Bilbao effect is not without its critics. Gehry himself, has recently told The Guardian, that it’s mostly nonsense “… I blame your journalistic brethren for that”. 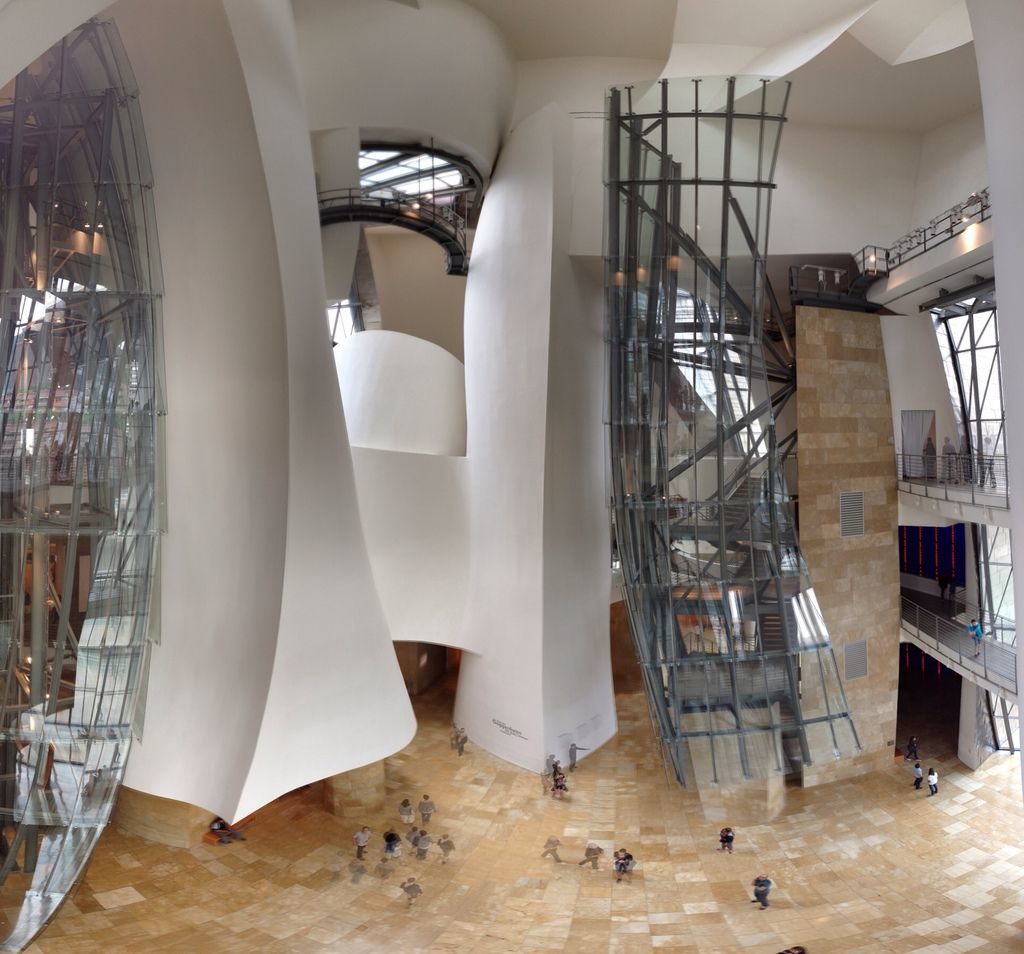 Guggenheim current director, Juan Ignacio Vidarte points out that Bilbao revitalisation was already under way for nearly a decade. A new metro system was commissioned since 1988 and César Pelli’s major “master plan for Bilbao” (1989) which suggested turning industrial areas into business, residential and leisure hotspots was already in works.

The construction cost was around €84 million, plus €36 million for the artworks – a lot of money at any time, especially in a recession. It took the city over 10 years to recoup its investment.

However the Bilbao Effect became an almost indisputable concept used extensively in business management and urban planning in both the UK and United States to promote avant-gardist buildings within urban regeneration.

The idea has penetrated the academia with research money made available in the UK to study the significance of the factor. In 2000, during an experiment carried out at Sussex University, subjects were asked to consider the “effect on the mind and the senses” of new developments.

The legacy of the Guggenheim Bilbao, mobilised people to look at architecture in a much more ambitious way. It shifted popular opinion to think of architecture much more as an art form that can inject a specific energy in a large urban context and create a better future, spatially, economically, socially, culturally, and ecologically.

Even though Bilbao effect has never been successfully reproduced anywhere in the world. It has been tried. Here are few examples:

Former wine cellar Azkuna Zentroa is a multi-purpose venue located in the city of Bilbao, Spain. It was designed by French designer Philippe Starck in collaboration with Thibaut Mathieu and was opened to the public in stages in 2010. The venue, labeled as a “Culture and Leisure Centre”, consist of a museum, a cinema, a library, showrooms, an auditorium, shops, and a restaurant. 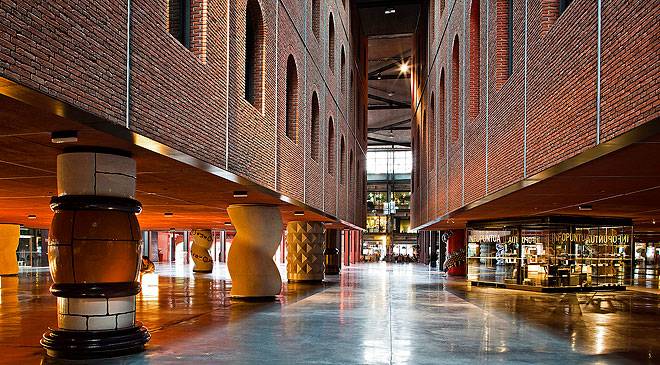 The Public, West Bromwich, designed by Will Alsop, 2008 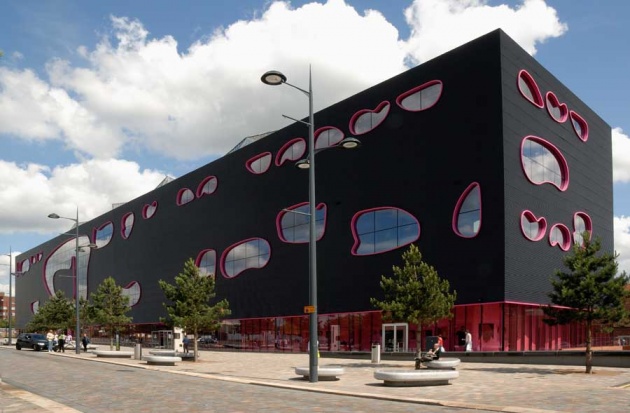 The Public was a failed multi-purpose venue and art gallery in West Bromwich, West Midlands, England. It was an attempt to revive the West Midlands with a “box of delights”, where people could both experience and make art. In 2012–13 there were 380,000 visitors to the building from all sections of society. In 2012, The Guardian’s Robert Clark described The Public as “a playground for adults” and that “maybe that’s a good role for a contemporary art gallery to embrace”.

Designed by French architect Jean Nouvel, this extraordinary building is home to one of the finest collections of art anywhere in the world. The ever-growing permanent collection, which currently consists of more than 600 objects, tells the story of humanity in an unusual and stimulating way. Highlights from the permanent collection include a vast sculpture of Egyptian pharaoh Ramesses II, Giovanni Bellini’s Madonna and Child (1480-85), as well as 20th-century masterpieces by Pablo Picasso, Jackson Pollock and Mark Rothko. 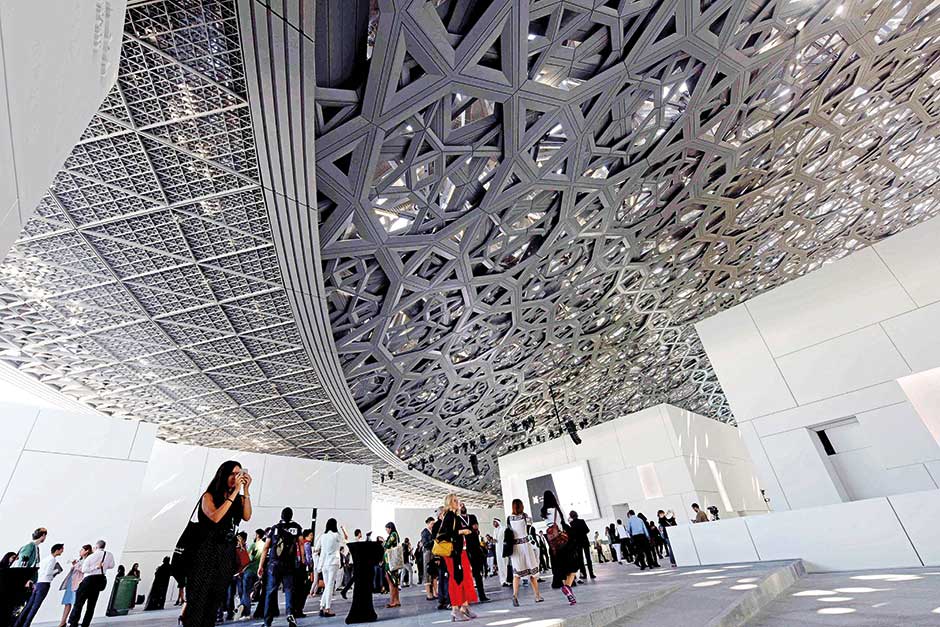 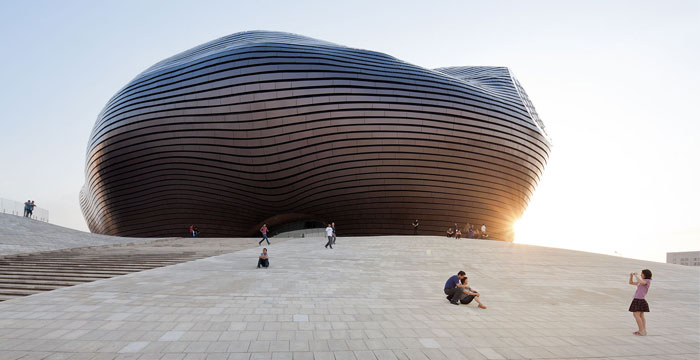 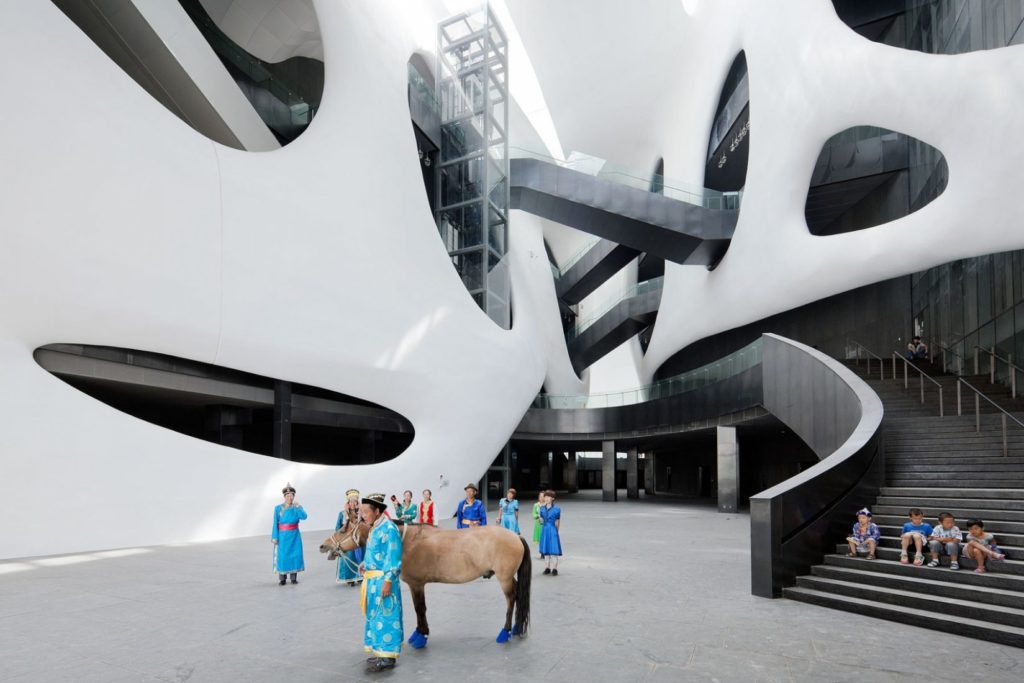 Conceived as a reaction to the strict geometry of the master plan, the Art & City museum by MAD Architects is an amorphous building that seems like it has landed on the earth.

Its surrounding dunes, monumental stairways and belvederes have been generated from the empty Gobi desert which was here just a few years ago.

Located in the new city center of Ordos, the space itself is deeply rooted into the local culture.

Although it has contemporary presence, there is a chance to think over what the term “local culture” means, where it is rooted and what it can become in the future.