“Ivan como estas? You got some time on your hands?”

The phone rang around 7.30 am. I was still half asleep and standing in line at Sweet Lee’s. I was blankly staring at how my barista was forcing pressurized water through a puck of ground coffee when my friend and editor of Arts and Opinion, Robert J. Lewis, called from Mexico:

“You gotta go to Casa del Popolo on March 26th and see Dawn Davi and Tamar Ilana! They are incredible.”

It was too early to say no to Robert. For the uninitiated, Casa Del Popolo (The House of the People) serves as a music venue, vegetarian hot-spot and art gallery, and is one of those places where you can find an eclectic mix of live music, spicy burritos and some of the hottest hippie bartenders in Montreal.

And man was it a good decision.

Let me start with Tamar Ilana.

The night opened with Ilana’s virtuosic world music ensemble. The passions reigned as the warm voice of the singer and feverish footwork of the flamenco dancer kept the temperature high with a mix of Balkanic, Andalucian, Sephardic and Roma music.

Tamar Ilana grew up dancing Flamenco since the age of seven in Barcelona, Seville and Paris, with giants such as José Anillo, José Maya, Javier LaTorre and many others.

Inspired by the great artists such as Paco de Lucía and Yasmin Levy, she recombines Mediterranean and East-European ballads with flamenco while giving it a modern sound.

She was kind enough to answer few questions

Your new show is called Mistral. It is an incredible mix of Spanish, Bulgarian, French, Romani and Arabic cultures and languages. Tell me a bit about its inception.

MISTRĀL is named for the wind that traverses the Mediterranean, and alludes to the migrations of the Sephardic and Romani people over the centuries. Its inception began a long time ago when I was a child, gathering almost extinct songs across the Mediterranean with my ethno-musicologist mother, and learning them in order to preserve them. I have continued along this path naturally, almost without trying because it is the life I have always lived. The band is also full of mixed backgrounds so it is also natural for us to write new tunes heavily influenced by these roots.

Do you all remember the artists you all listened to as children? Were there particular acts that stick in your mind?

If you had to select the albums that means the most to you, which would they be and why?

Rosalía – El Mal Querer – because she bridging the gap between Flamenco and commercial pop music and that is an incredible feat. Also, she is a fantastic singer.

Where can we see you play this year? What dates do you have coming up?

What drew you to the music industry?

I grew up in it, on stage since the age of four.

Whether world or pop music, I meet with one or more musicians, we decide what to do together and we collaborate until the product is good enough to release or play live.

Is there a hidden meaning in any of your music?

Just the same meaning everyone is looking for – what is the meaning and purpose of our lives? What are we all searching for? Love, happiness, understanding and success, however we define those things individually and as a society.

Do you collaborate with others? What is that process?

Always. It depends on the style but it is almost always 50/50 input.

Tell me about your favourite performance venues.

Aga Khan Museum in Toronto. We released our previous album there, and we are releasing MISTRĀL there on May 26, 2019. It is a beautiful hall and I agree with the mandate of the museum which is to foster intercultural collaborations. Koerner Hall is also a gorgeous venue with great acoustics and programming in Toronto. In Montreal, I loved playing Salle Pierre-Mercure, and in Quebec City Palais Montcalme. I also love performing in small intimate spaces – it’s totally different – i.e. DROM Taberna and ArtSquare in Toronto, and Sala Rossa and Casa del Popolo in Montreal. 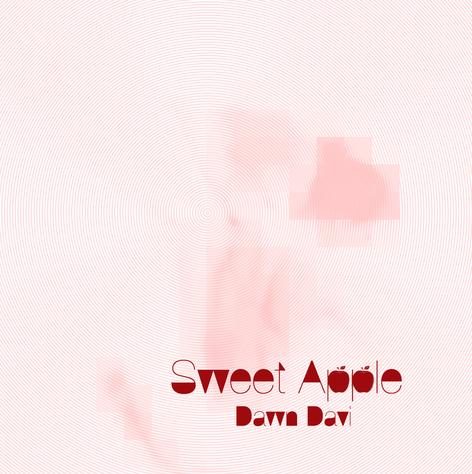 Dawn Davi is a Toronto based Iranian-Canadian classical pianist. Her new album,  Sweet Apple,  is a  piano piece with added trumpets, strings and synthesizers. Her neo-classical pieces are fascinating and refreshing, exploring the complex relationship between life and time and how her battle against cancer has opened her eyes to the meaning of life.

She was kind enough to answer few questions after the concert:

Your new album is called Sweet Apple. It was written after your fight against cancer. You mentioned that the illness has opened your eyes to the meaning of life and allowed you also to question the abstract concept of time. Tell me a bit about its inception and the creative process behind it.

It was about a year after my diagnosis that I realized I have to start doing something to get myself out of the confusion and frustration. I was really lost and I thought I needed to turn my journey into a musical experience in order to help myself process the events.  I wanted the instrumentation to be close to the human body. So I chose trumpet since it uses the vital element of our being: the breath to create the sound, and the strings because you hold all of them very close to you and they are very personal instruments. So I started writing for 6-7 months, it felt like the ideas were sitting there quietly and waiting for me to excavate them. Then I reworked the pieces quite a few times and shared them with Brian Weafer who produced the album. Then I got the scores prepared, hired musicians and went to the studio to record parts. It took us a few months afterwards to finish the editing, mixing and mastering.

Do you remember the artists you listened to as a child? Were there any particular acts that stuck in your mind?

I grew up listening to my mom’s collection of music. It ranged from classical to popular European music, Gypsy kings and Joe dassin and others . . . I guess Gypsy Kings stuck more among all.

If you had to select the albums that mean the most to you, which would they be and why?

I think it would be Tracy Chapman’s self-titled album. I heard it years after it was released when I was a teenager and it really had a profound impact on my thoughts about equality and the world in general. I was starting to understand the lyrics and reading about her ideas.  I have to say I was pretty fascinated by how she could turn those dark and heavy topics into beautiful music.

Where can we see you play this year? What dates do you have coming up?

I’ve been working on this and hopefully will have the confirmed dates and venues in the next couple of months. The details will be on my website.

Is there a hidden meaning in any of your music?

Well, there’s a personal side to my music that speaks about my own experiences and struggles and the other side, and about the universality of our experiences as human beings. I believe if we can feel and hear what others have to say through art, we might find a common collective wisdom as well which can unite us once again regardless of our looks and beliefs. Ideally, through the music, I would like the members of the audience to feel more caring connected to each other.

Do you collaborate with others? What is that process?

Yeah, I do enjoy working with other people. Brian Weafer as I mentioned earlier is my long-time collaborator. I’ve also collaborated with other musicians and created a few fusion pieces and am currently working on some more. The process really depends on the project and the artist I’m working with. I like to work in a way that works for everyone and there’s room for creativity so I try to keep it open when working with others.