Are you due for a dazzling, fun-filled weekend in downtown Montreal?

Luckily, Montreal’s renowned Latin dancer and teacher Sonia Kyriacou got you covered. Sonia is the founder of the San Tropez Dance Center, one of the largest Latin dance schools in Canada, and the Montreal Salsa Convention, soon to celebrate its 15th year!

This year’s convention is featuring over 100 salsa, bachata and kizomba performers, a dance competition, 4 nights of social dancing and a live band: Trabuco Habanero

Sonia was kind enough to answer few of our questions, ahead of her event that is taking place next week on May 16th to 20th at Hilton at Place-des-Arts:

What is the event’s objective?

It’s a Latin festival mainly focused on Latin American dances, and it’s a non-profit so our mission is to raise awareness and educate people with this type of music.

The performers are a combination of international artists that are at the highest level of Latin dance. So, we have the winners of competitions or those who have been teaching the dances for over ten years. We have people from Puerto Rico, people from Los Angeles and pretty much around the world. You have locals as well so it’s also a very national event; teachers and performers are coming from Toronto, Ottawa, Quebec City and of course Montreal.

How did the idea to create the Salsa Congress come about?

Well, basically my partner and I have a dance studio and we’ve been dancing for a long time. At one point, we discovered that there was a festival in Puerto Rico. We found out about it, went there, participated in the event and realised that it was something super amazing.

We became really influenced by the event and met so many people and discovered so many different styles of dance. We realised how impactful and important it was to do this so we decided to do the same thing in Montreal; that’s how we got the inspiration to create it in the first place. Of course, once it was created and we saw the impact it had on the dancers and people, we said ‘we have to keep doing this’.

You can never get bored with this music.

What can we expect from the festival and how does it all function?

To buy tickets you go online at montrealsalsaconvention.com. Some people go full out and they take a full pass so they’re able to attend everything. Others just come for the main night on Saturday where we have the top performers and the live band, so it’s for everyone. There are even afternoon competitions on Saturday and Sunday, so some people just want to come for that. The audience has the choice of getting an all-inclusive pass or simply attending part of the event. Guests will either see competitions or shows or they’re going to get to enjoy the DJ’s and live music, there’s all kinds of fun things going on.

We want to make them feel like this is something they want to not just experience for the weekend but carry through into their daily lives, and make a hobby out of it, hopefully.

Because it’s our 15-year anniversary, we’re going to be breaking a pinata to make people participate, laugh and be kids again. When the shows are done, we’re going to clear the chairs, hang it up and make sure everyone gets a turn to try and break it.

Financially, how has the festival performed in recent years?

Well, it’s a non for profit so the challenge always is to meet the expenses. It is not really designed to make a profit, it’s more like ‘let’s just pay what we need to pay’ and that was always our primary concern. 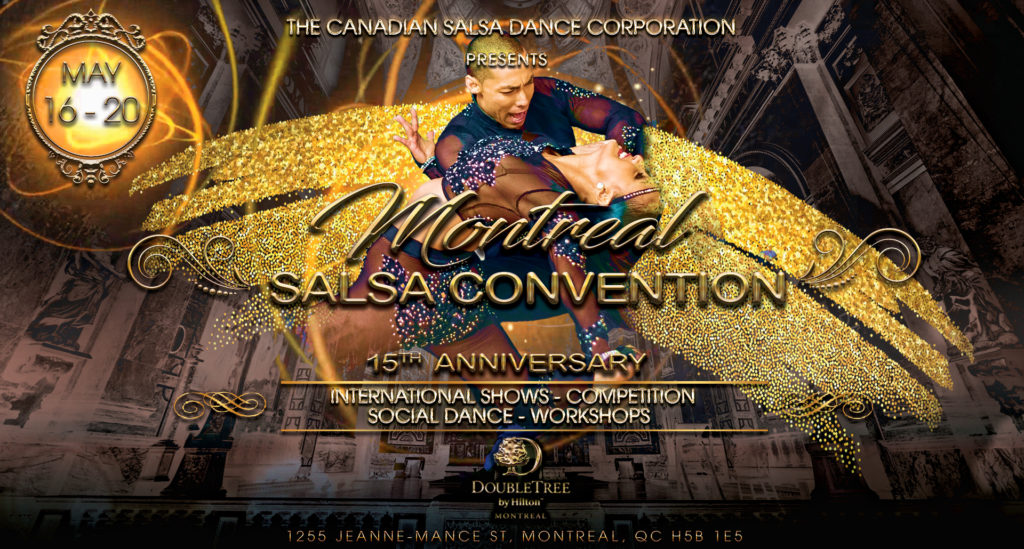 What’s the cost of admission for the public?

The tickets range from 15$ all the way to a full pass which is 250$+taxes and up. Again, people have to decide how engaged they’re going to be. If you’re just coming Saturday night it’s going to be 60$ for the evening but that’s still very reasonable for a show of international performers and a live band, it’s a good deal.

This year, the event pays tribute to Puerto Rico. Why is that?

That’s where my first inspiration was! I wanted to pay tribute to the origins and it happened to be the place that had the first festival. It was created by a man in Puerto Rico and I’m glad because it changed my life and everybody else’s, too. We got to experience the real, home-grown Puerto Rican dancers that dance naturally; they learn from their grandparents and parents and then it becomes more formal because you go to a dance studio and you start learning about technique, so that’s the magic.

I went to Puerto Rico every summer for ten years in a row and it definitely should be on a bucket list to go out and do once in your life.

Buy your tickets today at montrealsalsaconvention.com to be a part of this marvelous Latin festival.

About the Author: Krystina Scenna