A cold, cloudy and rainy mid-February weekend, after St-Valentines and right before the Academy Awards, might be the worst and the most uncertain time for the box office. However, Disney’s executives weren’t worried. By late January they knew they were dealing with a colossal social phenomenon and a new fictional universe that will sustain franchise development for decades to come. Black Panther was set to dominate pop-culture conversations and to inspire music, fashion and beauty trends for the rest of 2018. 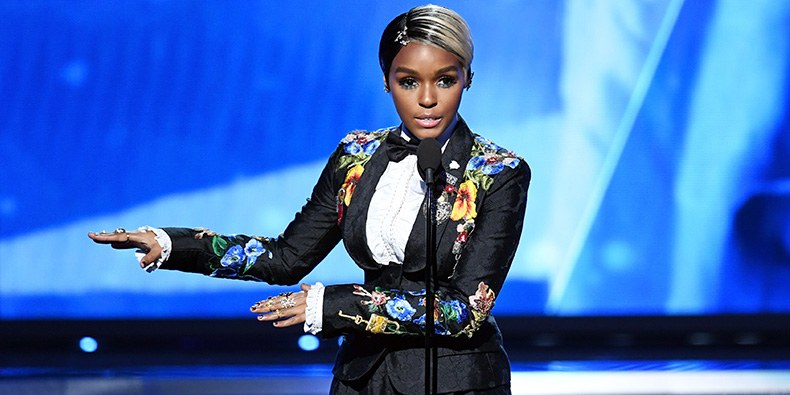 Disney VP of marketing Asad Ayaz, responsible for Marvel movies, did everything right. He invested mega-bucks into sports ads that were viewed by African-American audiences, including a debut trailer during the NBA Finals. He picked up a Hip-Pop artist, Kendrick Lamar, to curate the soundtrack (Black Panther album debuted at No.1 on the Billboard 200 album chart) and Janelle Monáe, a cyborg-fixated afro-futuristic singer with indefinable sexuality, to join the promo team.

However, something else was also going on. By mid-December, all over U.S., hundreds of grassroots events were put together by black communities to raise funds for tickets for as many kids as possible. The hyper-interest generated by the movie inspired Frederick Joseph, a NYC marketing consultant, to create the #BlackPantherChallenge with the goal of raising $10k to benefit the children of Harlem. Within days, the hashtag raised more than $40k.

#BPC campaign has caught attention of celebrities such as Octavia Spencer, Ellen DeGeneres and Viola Davis who raised thousands more and pledged to pay for the cost of the movie screenings. CNN reported  that over all challenge has raised nearly $800,000 for kids in 50 countries.

Coogler and the film’s stars, including Chadwick Boseman, Michael B. Jordan and Danai Gurira, were sent on a major marketing world tour, including stops in South Korea, Kenya, Nigeria and Europe where they coordinated screenings and staged premieres.

And just before the release date, Disney’s Marketing team noticed growing interest among young women and promptly organized “Welcome to Wakanda: Fashion for the Black Panther Era” at the same time as the NY Fashion Week on February 12th.

And then, Black Panther made history. Its record-shattering opening weekend earned a staggering $242 million in U.S., the second highest 4-day in domestic box office history. It is currently projected to generate over $1.2b worldwide.

The film hit a 97% ‘fresh”‘rating on Rotten Tomatoes and is poised to become a breakthrough moment in black cultural representation, and Hollywood’s tipping-point-movie where afro-centric narratives directed by black directors with majority black casts are able to generate huge profits by appealing to all audiences.

Even though Afro-futurism existed for the most of the 20th century, cultural critics coined the term only in 1994 to describe works of artists and designers who have creatively fused science fiction, magic-realism and Afro-centricism in order to re-examine historical events by imagining alternative futures.

In the early 2000s Erykah Badu, Rihanna and Beyoncé incorporated metallics and other cyborg themes into their style, but the breakthrough came from a 22-year-old singer Janelle Monáe who, influenced by Metropolis, Blade Runner and Star Wars, injected Afro-futurist aesthetics in urban modern music and fashion and started applying them to themes of sexuality, feminism and prejudice. 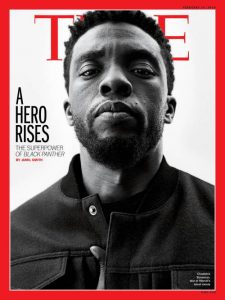 The movie came out at a right time. Its viral potential is undeniably related to the current US socio-political state of affairs. As  Jamil Smith’s wrote in a TIMEmagazine article : “In the midst of a regressive cultural and political moment fueled in part by the white-nativist movement, the very existence of Black Panther feels like resistance”. In fact, with its Afro-futuristic aesthetics and themes, the movie turned out to be a robust response to Donald Trump macho politics. The year 2017 was charged with amplified arguments about racism and women rights post Charlottesville riots and widespread prevalence of public revelations of sexual misconduct that led to the #MeToo bill in the US Congress. 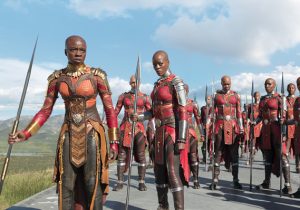 The film has multiple emancipated female characters who un-apologetically kick ass. Their leading role in the Black Panther narrative is something that should not be considered secondary. When feminist American civil rights advocate Kimberle Crenshawe coined the term ‘intersectionality’, she referred to a unique type of oppression that black women were dealing with since they had two separate forces working against them: Being female and being black. This concept became an important part of critical race theory. The black women of Black Panther are central to the story because they are fully realized complex characters who just happen to be black; they earn our respect through their strength and femininity, the positions they take up and their vulnerability. In many ways it can be said that Black Panther is a triumph of Fourth-wave feminism.

Disney tried to make it feel “like a cultural event,” said Asad Ayaz. Was it robust planning or a spontaneous and circumstantial incident? Who knows. Maybe in part because of the rise and proliferation of social media platforms or maybe because of the current socio-political polarization of the western world. One thing is certain. A precedent setting art film (Black Panther) has emerged from the comic book universe as a mytho-poetic homage to the identity, the colour spectrum, mysticism and the beauty that is Africa — and as such its reach is global.

Pamphleteer, muckraker & media junkie. When he is not dancing salsa or surfing in Ecuador, Ivan likes to write about marketing and Montreal. Recent reading: How to Do Nothing: Resisting the Attention Economy by Jenny Odell, Finnegans Wake by James Joyce, Mindf*ck by Christopher Wylie, Super Pumped: The Battle for Uber by Mike Isaac.