QAnon is a group of far-right conspiracy theories that claims that certain members of the US deep state are Satan-worshiping pedophiles who are running a global child sex-trafficking ring and that they are targeting Donald Trump and he is secretly trying to undermine their operations. It implicates high profile individuals and establishments, such as Hillary Clinton, Dr Anthony Fauci and JP Morgan. The theories even go as far as to suggest that the COVID-19 pandemic was manufactured by the ‘deep state’ as part of its campaign against the incumbent President.

From a harmless internet conspiracy to a rapidly emerging right-wing political movement, QAnon has entered mainstream politics and may have some serious implications on the upcoming presidential election.

How it All Started

It began with a few posts on 4chan, an extremely popular imageboard website developed in 2003. The term ‘imageboard’ basically classifies an internet forum that requires users to post images in order to start a discussion.

In 2017 an anonymous user claiming to have Q clearance within the US government (hence the shortened name QAnon from Q Anonymous) began to post information detailing a secret government investigation spearheaded by the President himself, Donald J Trump. They mentioned Robert Mueller, the man in charge of investigating Russian interference in the previous election, as being allegedly tasked instead by the President to be the head of this secret investigation. It highlights various political figures, like Hillary Clinton and former President Barack Obama and speaks of their involvement with the ‘deep-state’ of alleged sex-trafficking and paedophilia.

The posts contain a plethora of conspiracy theories primarily centered around outlining threats from the deep-state against Donald Trump. These theories range from harmlessly implausible (like that of JP Morgan sinking the Titanic to assassinate Col. Jacob Astor, Isidor Straus and Benjamin Guggenheim 108 years ago) to outlandishly dangerous.

One key example of these theories inciting violence dates back to 2018 when a man blocked a bridge near the Hoover Dam with a van loaded with assault rifles and 900 rounds of ammunition. The man was holding a sign with a popular rallying cry of the QAnon movement. 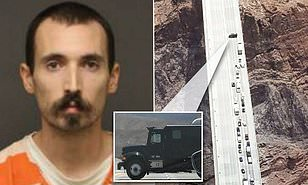 Later in 2019 a man accused of killing an alleged Gambino mob boss stated that he believed the boss was part of the deep state. At his extradition hearing he happily showed the judge and everyone else in the courtroom his hand where he had scribbled messages in support of QAnon. It was events like these that led to the FBI describing the movement as a potential domestic terrorism threat and all posts, hashtags and ads affiliated with the group being taken off mainstream media.

Before we go further we must outline that other than these and a few other minor events, the majority of the QAnon’s supporters remain largely non-violent. There are many who don’t agree with specific theories particularly because many have been “deciphered”  from cryptic messages and thus lose their credibility once filtered through  the minds of many a wanna-be sleuth. While others support it in its entirety. Nevertheless its significance and impact on the upcoming presidential election can not be understated. 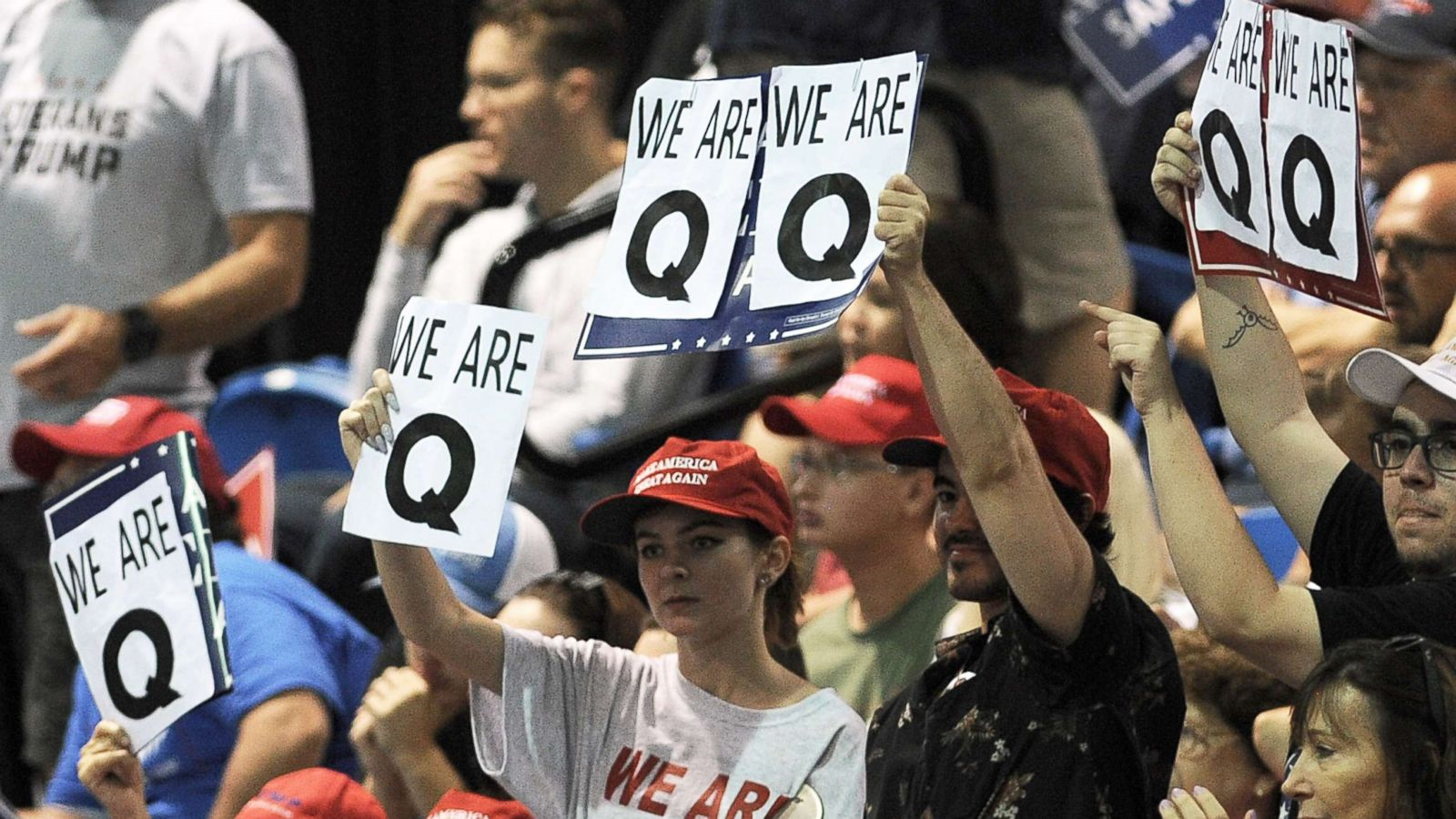 Sources cite that there have been 10 times as many searches for the group on Google in July compared to January and even as much as a 651% growth in Facebook pages and groups dedicated to QAnon since March. Now while Facebook, Twitter and other social media platforms have pulled most of QAnon’s content from their sites, those numbers suggest that the theory is not only gaining traction but steamrolling into a political movement as well.

What are the implications?

For starters of the more popular theories implicates high profile democratic politicians (like Hillary Clinton and former President Barack Obama) and various celebrities in the operation of a shadowy paedophile and sex trafficking ring. This may remind some of you of the famous Pizzagate conspiracy theory that made rounds during the 2016 election. You may also then remember that as a consequence of this, a North Carolina man walked into a pizza shop in Washington DC and fired an assault rifle in the establishment in search of the alleged sex-traffickers. This year, with tensions at even higher levels due to the COVID-19 pandemic and various protests happening around the country, these theories risk an explosion of violence. Particularly should the Democratic Presidential candidate, Joe Biden, win the election.

In addition the group has acted predominantly in support of Donald Trump. Using its platform based on groundless lies to garner a wider support of the incumbent President. Now it is important to note that the creation of any group or organization in support of a specific political candidate or leader is completely legal and often encouraged. However, the dissemination of political falsehoods that have the effect of instilling fear and possibly inciting violence against an individual or group in favour of a political candidate is illegal and extremely dangerous. It’s dangerous not only for the reasons listed in the previous point but also as it is a form of textbook manipulation of law-abiding citizens to garner votes for specific candidates.

Thus undermining the principles of Democracy itself. 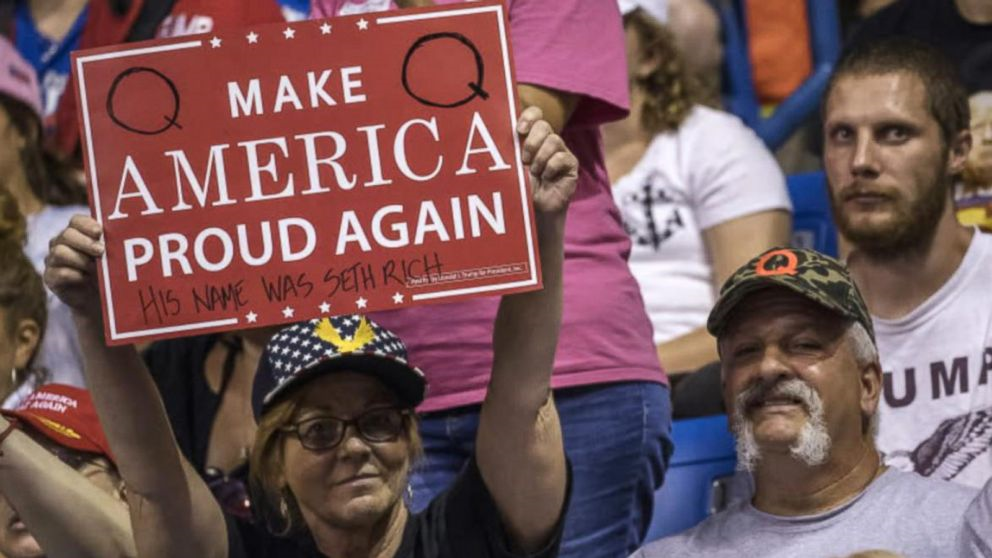 Some have argued that Facebook and Twitters’ removal of posts, groups, ads and accounts is too little too late as Reddit banned QAnon subreddits back in 2018. And is just another example of popular social media sites failing to eliminate potentially dangerous political falsehoods from propagating in their platforms. Due to its rapid spread in notoriety and unsubstantiated conspiracies it is unclear whether the removal of QAnon rhetoric will be taken by its followers (who may now be in the hundreds of thousands) as evidence of its mendacity or of the deep-state censoring the “truth”. The latter may only serve to reinvigorate the movement or, in its extreme, inspire public outrage.

About the Author: Cinke Houghton

Cinke Houghton is a 4th year, undergraduate Economics and African studies student at Mcgill University. With an employment background in marketing, his passion lies in creative writing and its numerous forms. He continues to sharpen his skills with the goal of becoming a prolific storyteller.