Why ‘The Shape of Water’ Best Picture Win Matters

While it’s not the best movie that won the Academy Award for best picture last weekend, (which is all right because it never happens), The Shape of Water win is still groundbreaking in the mainstream ecosystem and not only because of diversity issues (but also because of that… more on that later). Guillermo Del Toro’s film is maybe not the weirdest love story of the nominated movies (looking at you, The Phantom Thread), but it’s still a pretty strange tale, especially for the Academy. Its narrative structure is not that original, but it’s all the little things that matter.

Let’s first talk about how The Shape of Water’s award is a milestone. A genre movie winning an Oscar is a very rare thing, and nominations of this type only happened until very recently. With the exception of technical rewards, science-fiction movies were never given a chance to shine. Genre-defining horror movies later consecrated as cinematic masterpieces, as are Psycho, Alien and The Shining, didn’t even receive a nomination for a major category. While The Exorcist did win an award for the best-adapted screenplay, it took 46 years for a genre movie the film to receive such an accolade. Only one fantasy movie (The Lord of the Rings: Return of the King) and one horror movie (The Silence of the Lambs) won the best movie award. Even now, important game-changing horror movies like The Following, which didn’t get any nomination, are snubbed even though the score deserves it.

It might be argued that The Shape of Water is more of a fantasy-driven film than science-fiction or horror, but it does take root in all of the above. It’s no secret that Guillermo del Toro is a big fan of science-fiction and horror, and particularly fond of monster pictures. However, this is his first real foray into the traditional 50’s monsters movies which were heavily grounded in both science-fiction and horror. Science-fiction tropes were used to make the monster and the threat appear believable, plausible and imminent, while the horror was instilled using contemporary fears in order to get the public immersed in the story. Usually, that fear was the fear of the other, of change. The purity of the white damsel in distress, often kidnapped by a strange and scary beast, needed to be saved by a strong white male. While del Toro’s movie is more of a modern fairy tale, it uses the same tactics horror and science-fiction movies did, and, more importantly, partakes in the same social commentaries as its predecessors. 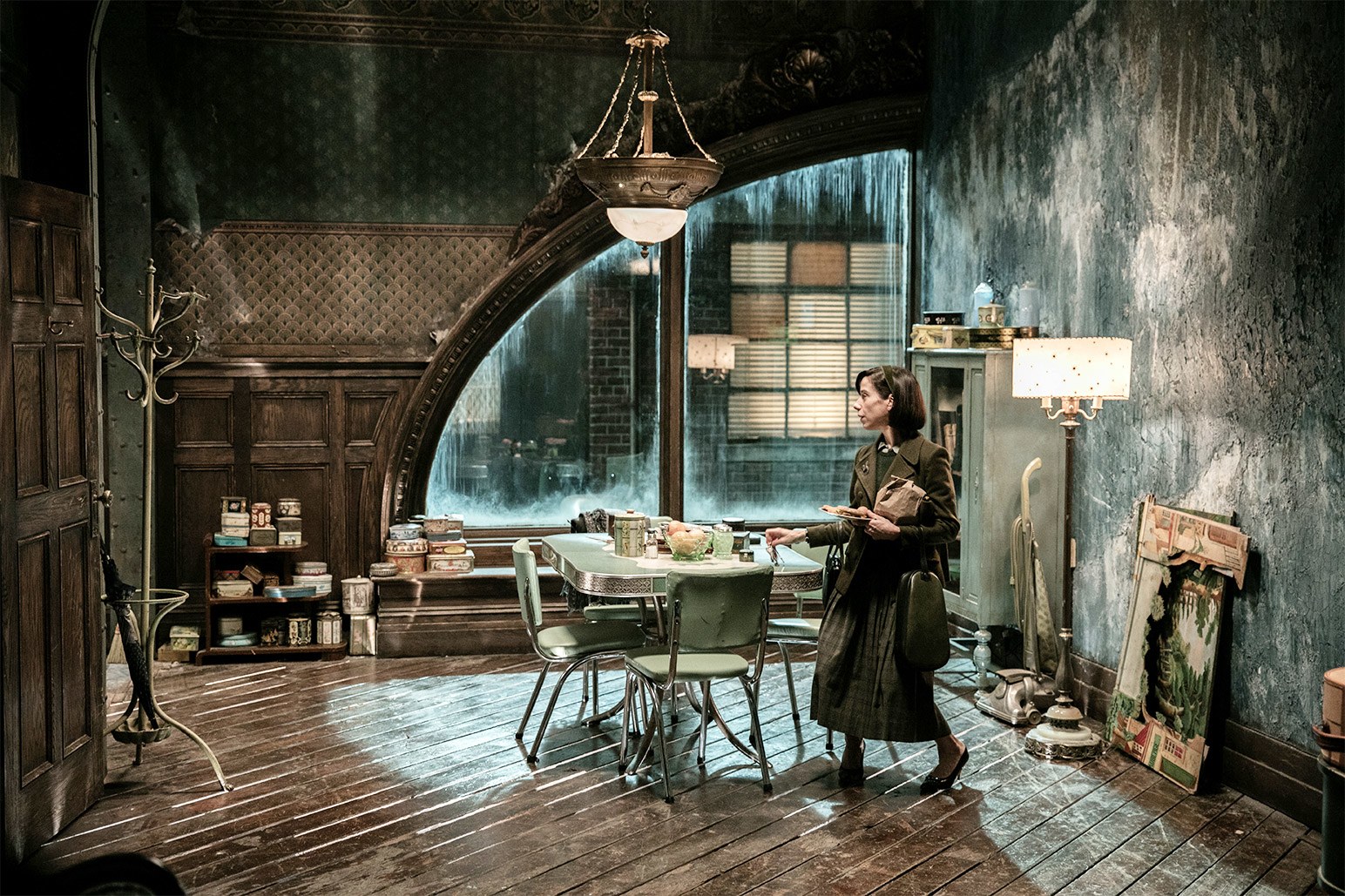 Del Toro’s movie is one that uses the artifices of genre cinema to turn them on themselves, looking at social issues of that time and of our own. The Academy is usually fond of movies which reflect their own industry, but this choice is a lot more than playful escapism, such as The Artist. So, seeing them embrace an unusual genre film that portrays marginalized habits in subtle ways is great news for genre fans and smart cinema.

About the Author: Boris Nonveiller