Vegan Chronicles: Lab-Grown Burgers and the Future of Food

Vegan. Plant based. Ethical eating. It seems these words are becoming increasingly popular in today’s society when it comes to food. More than ever, people are beginning to question how their food choices impact the environment, their health and the lives of those with whom we share the earth.

The numbers apparently speak for themselves: the percentage of those adopting such dietary practices has been increasing exponentially. A report by GlobalData, a research firm based out of the UK, pointed out recently to an incredible 600% increase in those who identify themselves as vegans in the last three years in the USA alone. Comparably, in 2014 only 1% of US consumers claimed to be vegan.

Furthermore, 2017 marked a milestone for the vegan movement in Canada as it was duly observed as the top search trend according to Google. This comes as no surprise as Canada’s new Food Guide was released the same year which prioritized plant based foods over their animal counterparts.

If we were to analyse the cause of such a global trend, one could easily look towards social media and our fast and easy access to information as the catalyst. People sharing videos over Facebook of cruel factory farming techniques, environmental devastation caused by the meat and dairy industries. 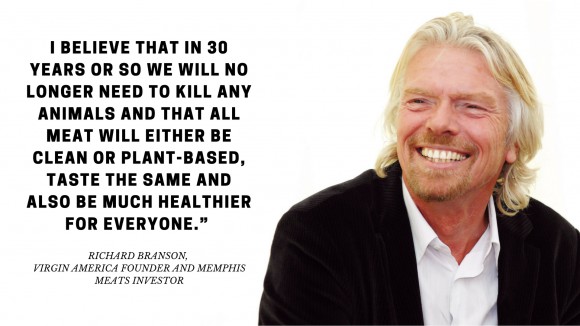 There is an overwhelming body of evidence to support the notion that meat and dairy are, despite what the advertisers and lobbyists are telling us, the culprit for a myriad of diseases and health problems and all have played a role in this shift in people’s ideas concerning the consumption of animals.

The science has shown that when it comes to animal protein, less is better. In fact, in 2015 the World Health Organization published a study which concluded that processed meat causes cancer, much to the chagrin of the animal agriculture industry.

Also, according to a huge study published in the journal Science, eliminating meat and dairy products from one’s diet is the single biggest way to reduce their contribute to climate change. Environmental, health and ethical concerns along with the influence of many celebrities and elite athletes adopting and endorsing veganism have worked together to sway the public away from their traditional views of plant based eating being reserved exclusively for the “health nut” and the “hippie”. 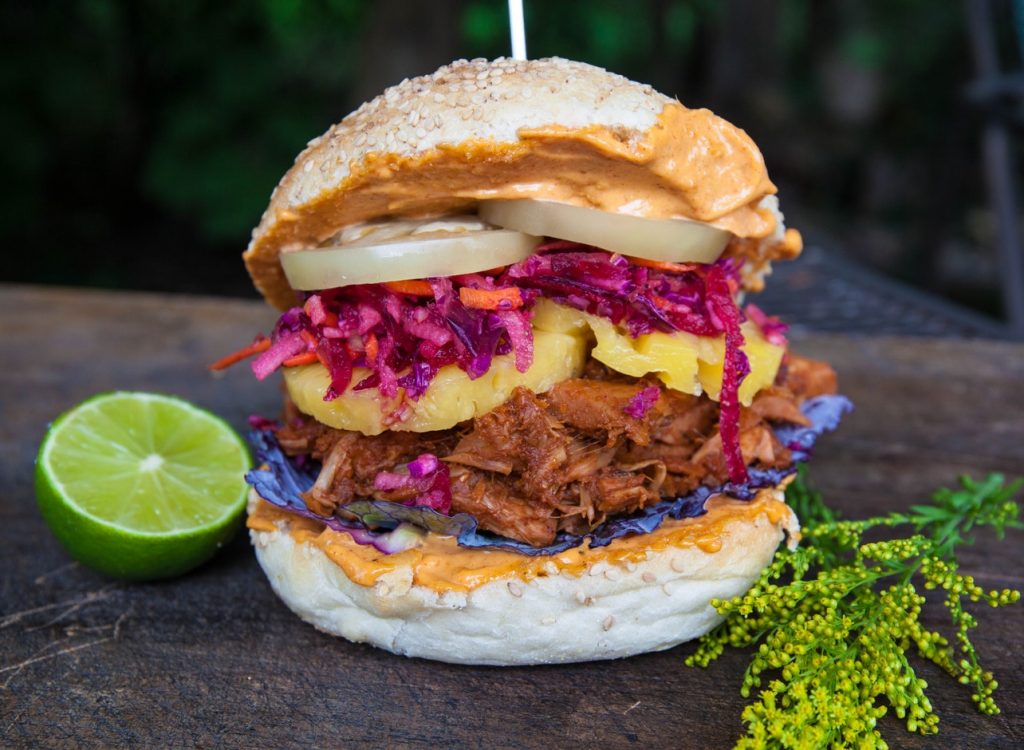 Netflix movies such as Forks Over Knives, What the Health and Cowspiracy have further solidified these beliefs for many as we’ve observed a dramatic increase in the number of vegetarians and vegans over the last decade, especially amongst the younger generation. A study from Dalhousie University has shown that “people under the age of 35 were three times more likely to consider themselves vegetarians or vegans than people 49 or older”.

Despite the changing times, there are still those who wish to have their cake and eat it too or in this case, a thick and juicy steak. For those who wish to adopt a plant based diet but find it difficult to make the switch there are many vegan versions of their favourite foods available, many of them which are soy and gluten based unfortunately making them not so ideal for those with common allergies. Beyond Meat has created a line of vegan meat substitutes which are soy and gluten free, made out of pea protein and which are according to many, close to the real thing. Founded by CEO Ethan Brown in 2009, the company’s mission was to revolutionize the way people consume meat by providing plant based alternatives to the real thing with the taste, texture and nutritional profile that rivals their animal based counterparts. Meat made from plants. This has peaked the interest of several high profile investors including Bill Gates, Twitter co-founders Biz Stone and Evan Williams as well as Leonardo DiCaprio to name a few. Beyond Meat has managed to raise an estimated $72 million in funding as of January 2018 and is planning global expansion with partnerships to bring their line of products to Europe, the United Arab Emirates, South Africa, Canada, and Mexico later in the year. There are also several fast food chains in the US including the popular TGI Fridays which serve their trademark Beyond Burger, which so closely resembles beef that it actually “bleeds like a real burger”. It’s also been rumored that Canadian fast food chain A&W will be serving these bleeding faux burgers to hungry customers as early as July of 2018.

Taking a different and more radical approach, Memphis Meats is a startup company which aims to create lab grown meat that uses animal cells to create beef, poultry and seafood. Unlike their plant based competitors, these products will be actually comprised of animal tissue as they’re grown in a tank with stem cells extracted from animals which are then grown and multiplied under controlled conditions. 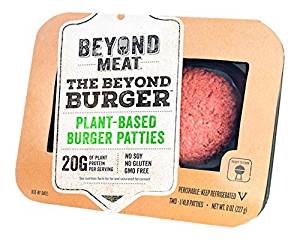 Once again, high profile investors have taken interest in the project with both Bill Gates and Richard Branson pumping $17 million into the company. Aside from being more environmentally sustainable to produce and the fact that it’s definitely more ethical in nature as it removes the widespread killing of animals for food, cultured meat also has the added benefit of being a more healthier option for the public as it can be tampered with during the production process to contain more omega-3 fatty acids as a fat source for example, a heart healthier fat which can actually cut one’s risk of dying of a heart attack. Considering that the CDC estimates that each year 48 million people get sick from foodborne illness, 128,000 are hospitalized, and 3,000 die as a result, clean meat can be a viable solution to this issue as it does not involve the slaughtering of an animal and thus does not lead to cross-contamination which is often the culprit of such widespread illness. Despite this, according to a 2014 survey by the Pew Research Center, “80% of Americans polled would not be willing to eat meat that was grown in a lab”. According to Josh Tetrick, CEO of stem cell meat company JUST, clean meat should be available for public consumption by the end of 2018 with a line of products set to be released at select restaurants in the United States and Asia. For those concerned about the potential health and safety risks of consuming lab grown sausages and chicken burgers the FDA has stated, “Given information we have at the time, it seems reasonable to think that cultured meat, if manufactured in accordance with appropriate safety standards and all relevant regulations, could be consumed safely”.

It seems that just like with any industry, technology needs to drive innovation forward. Much like the automobile replaced the horse and buggy, it might be a fair comparison to say that the animal livestock industry could possibly be seeing the beginning of its demise. Take into account the fact that large meat conglomerates are embracing the newest trends, with huge meat suppliers such as Cargill and Tyson Foods investing in clean meat technologies. Also, a recent story made news headlines when one of the largest dairy manufacturers on the East Coast in the US has ditched the conventional process of milking cows and switched over to manufacturing 100% plant based milks instead. Elmhurst Dairy in Queens, New York has apparently ceased it’s dairy operation after 90 years as a result of decreasing customer demand. According to CEO Henry Schwartz, “Pasteurized fluid milk has sort of gone out of style.”, “we are unable to continue to go on without ongoing losses.” As a result, Schwartz has transformed the huge, 100 year-old dairy plant into one that exclusively manufactures plant based milks made from nuts and seeds. After ditching the dairy altogether they’ve also decided to remove it from their company name which is now aptly called Elmhurst and is set to release a variety of nut based milks to the public later in the year. It seems that forward thinking, especially in business is the key to survival and this can provide a good example for other businesses to learn from.

While many are anticipating the changes coming in our food system like Eric Schmidt for example, Executive Chairman of Google who has predicted the “plant-based revolution” as he coined it, stating that the number one “game-changing” trend of the future would be the consumption of plant-based proteins instead of meat, there are still others with a huge scope of influence who are seemingly resistant to change.

The fight against fake meat has started as the US Cattlemen’s Association has recently lobbied before congress to restrict the use of the term “meat” by companies ushering in plant based and cultured animal products. Essentially, they are attempting to get a law passed that restricts the usage of the word meat to solely define the remnants of an animal carcass which has been slaughtered in the conventional method. According to Jessica Almy, policy director at the Good Food Institute, “like Tyson and Cargill, they could invest in the future. But rather than do that, they’re petitioning the USDA to police the use of certain terms on labels and skew the playing field in the cattlemen’s favor.” This is clearly a last ditch effort by the animal livestock industry to try and save what is seemingly a business model which is in its final throes. The future of clean meat and a cleaner environment is very bright indeed and as the old adage holds true in business, evolve or die.

About the Author: Mike Meo

Mike Meo is a blogger and comedian who shares his experiences in veganism, healthy eating and fitness and inspires a healthy lifestyle in others.